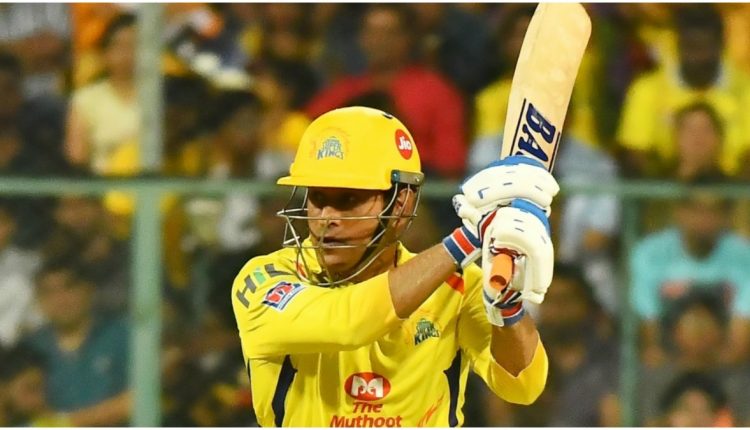 Ecstatic fans celebrated on Twitter as MS Dhoni smashed Prasidh Krishna for a huge six over mid-wicket during the Kolkata Knight Riders vs Chennai Super Kings match in IPL 2021. The six was Dhoni’s first in season 14 of the Indian Premier League. Fans were immediately reminded of Dhoni’s peak days and many walked down the memory lane and celebrated on Twitter. The CSK captain has struggled with the bat in recent times but against KKR at the Wankhede, vintage Dhoni looked to have returned before Andre Russell removed him courtesy of a brilliant catch from Eoin Morgan at extra cover. KKR vs CSK Live Score Updates of VIVO IPL 2021.

Dhoni, who stepped out to bat after the dismissal of Moeen Ali, immediately got on the act and found a boundary off Sunil Narine’s bowling. Dhoni edged Narine behind the wicket-keeper for a boundary on a free-hit delivery. That boundary looked to have got Dhoni back in touch. An over later he edged Prasidh Krishna over the wicket-keeper for another boundary before clubbing the same bowler over deep mid-wicket for a huge six. Netizens Hail Faf du Plessis For Unbeaten Knock of 95 Runs Against Kolkata Knight Riders in IPL 2021 Match.

That six made our day #Yellove love #Dhoni many more to come from our #Thala 💛💛 pic.twitter.com/u8iF9d7mPb

As the ball travelled and hit the second tier of the Wankhede stands, Twitterati went frenzy. Many Dhoni fans were taken back to the CSK captain’s glory days when he would smash bowlers for fun. The delivery from Prasidh, which Dhoni smashed for six, was full and on Dhoni’s pads. The 39-year-old picked the delivery and dispatched it over the mid-wicket boundary. Take a look at some top reactions on Twitter.

Vintage Dhoni Back at the Wankhede

This part of my life, this little part, is called happiness. @MSDhoni 🥺💛#KKRvCSK #Dhoni pic.twitter.com/WTrIblN73a

The Digital Board at Wankhede After MS Dhoni Hits A Six

MS Dhoni is Back!!

Finally Dhoni’s back. That last six!

Dhoni was eventually dismissed in the next over for a fantastic cameo of eight-ball 17 runs, which was studded with three boundaries and a six. He was out to a fantastic catch from Eoin Morgan at extra-cover bringing an end to Dhoni’s stay at the crease. CSK, however, went on and posted a mammoth 220 runs on the scoreboard.

(The above story first appeared on Scoop Buddy on Apr 21, 2021 10:51 PM IST. For more news and updates on politics, world, sports, entertainment and lifestyle, log on to our website scoopbuddy.com).