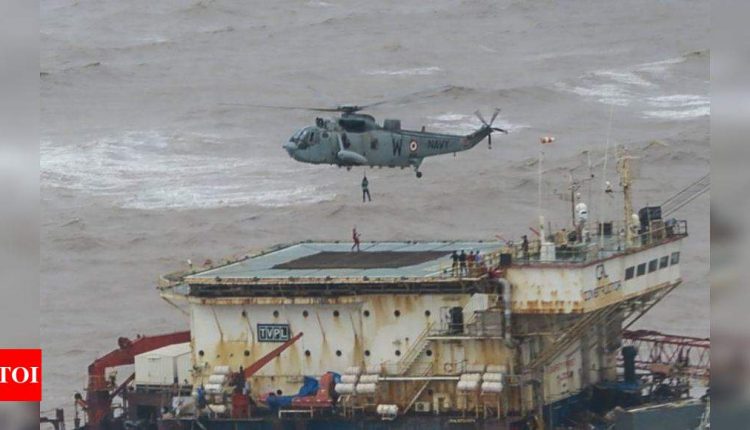 Mumbai barge disaster may be outside labour law purview

By admin On Jun 14, 2021
0
Share
NEW DELHI: Onus of the Mumbai barge disaster could end up at the door of Durmast Enterprises Ltd under the international regulatory regime for seafaring vessels and personnel as the incident took place outside India’s territorial boundary extending up to 12 nautical miles from the shore. Durmast owns the ill-fated barge ‘Papaa 305’ that was chartered by Afcons Infrastructure for an ONGC contract.
A total of 75 people died as the floatel barge, carrying 261 on board, broke anchor in cyclone Tauktae and sank on May 19 after hitting a nearby ONGC offshore platform off the Mumbai coast. Another 11 died as tugboat Varapada capsized. A panel set up by the oil ministry and Mumbai police are separately investigating the disaster to find possible lapses and fix responsibility.
People in the know say the probe will be guided by International Labour Organisation’s Maritime Labour Convention and International Convention for the Safety of Life at Sea, commonly known as ‘SOLAS’. These are two of the four pillars of global maritime regulatory regime and deal with the safety of seafarers and vessels.
“SOLAS puts the onus of safety of vessel and personnel on the head (captain/master) of the maritime crew manning a ship and its owner. The incident took place beyond the territorial boundary where Indian labour laws or the Industrial Disputes Act do not apply. Even though ONGC may be considered as the principal employer, it will be difficult to pin the onus on the company unless lapses on its part are established,” a source said.
ONGC has suspended three senior executives handling offshore operations to ensure a fair probe but has not debarred Afcons and its partners from working in other ONGC projects. Mumbai police had summoned five companies for statements after lodging a complaint of culpable homicide. Both ONGC and Afcons have announced cash and other relief for the family of the deceased as well for those rescued. The workers were hired by the contractors.
An Afcons statement on May 21 appeared to put the blame on the barge master’s misjudgement. “The ill-fated Afcons barge Papaa 305 moved only 200 metres away from the unmanned offshore platform where it was working, a distance the Master appears to have considered safe as per projections of cyclone Tauktae’s wind speed and depression,” the statement said.
Other than MLC and SOLAS, there are two other conventions- the International Convention for the Prevention of Pollution from Ships (MARPOL) and the International Convention on Standards of Training, Certification and Watch-keeping (STCW).
0
Share FacebookTwitterGoogle+ReddItWhatsAppPinterestEmail