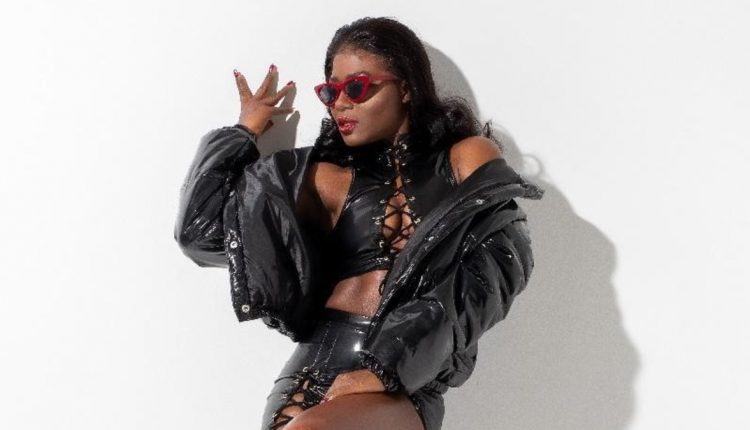 Life is a roller coaster of emotions. A person might be happy in one moment and shedding tears of pain in the other. Each dawn brings with itself new experiences, adventures, and sometimes hardships that people have to face and endure. It is because of these uncertainties that a person learns the most important lessons of life.

Living in the 21st century, the set of struggles and tough times that millennials and Gen-Z face are a bit different than earlier times. One of the most depressing and difficult times in a youngster’s life is when they experience heartbreak. Some cope with it by sharing their thoughts and emotions with others, while some are unable to do so. Helping those who are unexpressive with their feelings is Rhodah. She is an emerging pop artist who beautifully expresses unheard and unsaid feelings through her soulful music. She is a talented artist who not only sings but is also an actor and model.

Embarking on a Musical Journey

It is said that one cannot fathom other’s pain unless they have felt it themselves. And Rhodah’s upcoming release proves that. She is a professional singer who entered the American music entertainment industry a few years ago but has already created a mark for herself.

Born in Ondo State in Nigeria on August 09, Rhodaline Olabisi Ipinlaye, a.k.a. Rhodah, was a music enthusiast since her childhood days. Music was her answer to everything, be it happiness, excitement, or gloomy days; it was her best companion. She was determined from the very beginning to become a musician and had set her vision. Rhodah began professionally practicing music during her college days and won the ‘Fan Milk Gotham City Music Competition’ in 2008, hosted by Isaac Brown. By the time she graduated, she had gained significant coverage by the media for her musical talent. Rhodah was spotted by a professional. He selected her for A-Plus Records, an Indie record label in Ikeja Lagos. This is the time when Rhodah entered the music world – professionally. She recorded a commercial single for a big-scale Nigerian telecommunication company, ‘Globacom,’ in 2011. Her success story was first covered by a Nigerian newspaper ‘The Sun’ in the same year.

To expand and raise her career in music, Rhodah took the bold step of leaving her homeland to pursue her dream. She shifted America to in 2014 to transform her dreams into realities. Being a known musical artist back at home helped Rhodah stabilize as an artist in America too. She had won two music competitions before she relocated to the States. One of which is ‘Felabration,’ a popular annual music festival designed to honor afrobeat legend Fela Anikulapo Kuti.

Choosing Music as an Emotional Outlet

Music is known as the universal language. It can express love, loss, pain, gain, happiness, sadness, and various other emotions without using words. It is a medium of expression that does not require any prior learning to understand what the music is about. It is the combination of melodies, beats, and sometimes lyrics, and a beautiful voice that brings out the hidden emotions in a person.

Being attached to music since her young days, Rhodah viewed music as an escape from all worldly things. For her, it was the voice of her hidden emotions. It helped her express certain thoughts and feelings that she was unable to communicate. As a modern-age artist, Rhodah has seen many youngsters suffer from unhealthy relationships. She has witnessed people trapped with their partners and are unable to leave them merely due to the attachment. Rhodah’s latest music track Lose to Win, is her way of extending her support to such people. The track expresses the sentiments of a person stuck in a toxic relationship. They are aware of the damage that is being caused to them but is unable to help themselves. The song is all set to release on April 11, 2021, and is one of Rhodah’s most special songs.

Rhodah’s upcoming release is crafted by seven industry professionals who have played a crucial role in creating the music video. The music is produced by Jay Urban, the CEO of Jay Urban Music. He is a multi-genre producer from Vancouver in Canada and has more than eight years of experience. He has previously worked with Sony Music, RCA Records, Macklemore, Jason Derulo’s crew, Soulja Boy, Rich The Kid, and many other major and indie artists. So far, his extensive catalog with beats has received more than 5 million plays and counting.

The track is put together by two sound engineers Aaron Roman (APR Studio Australia) and Keyz Bridgez. Keyz is a producer and engineer, who is currently working with Rodney Jerkins, HER, Eric Bellinger, Neyo, Rich The Kid, and June’s Diary.  The music video’s Cinematographer is Moyosore Jimba, who is a creative cinematographer currently based in Indianapolis, Indiana, and owns ‘The Jimbros Films.’ The actor in the music video is Sam, who is a professional actor and model. Guiding the actor’s moves in the video is dance instructor Casia Baisa. She is the CEO and director of ‘Infinity Dance Academy’ in Indiana. The fabulous outfits in the music video are beautiful creations of Berny Martin. He is the CEO of Catou LLC, the founder of Midwest fashion week and Fashion Community Foundation, Website Catouwear.com. He has traveled around the world and has designed numerous celebrities’ clients like Tom Payne, Billy Porter, Taraji P Henson, Rhodah, Russell Tovey, Jim Parsons, Ghita Lahmamssi, among many others.

With such an amazing team working on her music video, the outcome would be exceptionally good. Rhodah’s music video is anticipated by her fans all around the world and is assumed to be a big hit!

Entrepreneur Gabrielle Is Helping You Make the World That Little Bit ‘Greenr’: The New Personal Carbon-Tracking and Offsets App