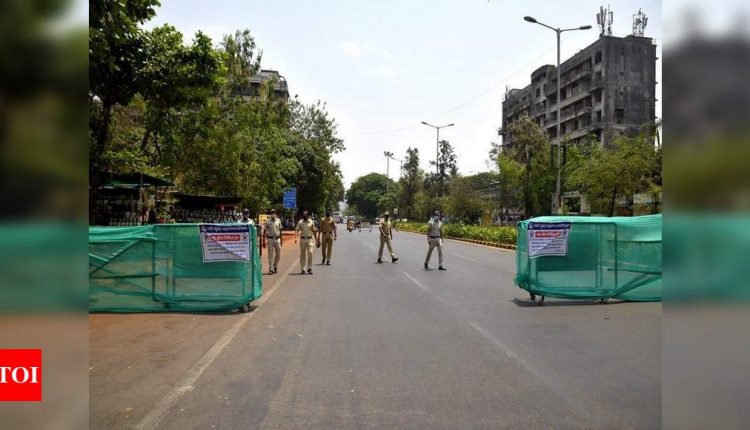 National lockdown can dent GDP growth by 2%, states should do with local curbs: Report

By admin On Apr 19, 2021
0
Share
MUMBAI: A month’s national lockdown can hurt GDP growth by 2 percentage points, an American brokerage warned on Monday while expecting governments to continue with localised restrictions to arrest the Covid spread.
Stating that there has been a 7x jump in the new cases to 2.61 lakh a day from a month ago’s 35,000 cases, analysts at Bofa Securities said they have grown “even more concerned that rising Covid-19 cases pose a risk to our still shallow recovery”.
In its base case, the brokerage said it sees a 9 per cent growth in the gross value added growth in FY22 after a 6.4 per cent contraction on a GVA basis.
“It remains to be seen if this second wave of Covid-19 cases subsides without a serious national level lockdown. A month of nationwide lockdown costs 1-2 per cent of GDP. Given the high economic cost, we expect the Centre and state governments to try to contain the spread with the tightening of Covid-19 regulations, night curfews and localised lockdowns,” it said.
It can be noted that already, finance minister Nirmala Sitharaman has assured that a national lockdown will not be implemented.
The brokerage said more than three-fourths of the cases are coming from 10 of the 29 states, and also noted that many states have followed Maharashtra’s lead in announcing stringent restrictions.
It said only 1.2 per cent of the population has been vaccinated with both the doses as of now, while 7.8 per cent has received the first dose. It noted that in the week to April 16, there was a 12 per cent decline in the jabs given due to vaccine shortages.
By the end of 2021, it expects 34 per cent of the population to get vaccinated, which it called as the bear scenario. A strong uptake of the newly cleared Sputnik vaccine of Russia can take up the vaccinations to 40 per cent or the middle scenario.
The current production is about 75 million doses per month of two vaccines combined, it said, adding that Serum Institute of India expects to ramp up production from June to over 100 million doses a month, while Bharat Biotech will take it to 12 million doses a month from July.
It has accounted for an import of 100 million doses of Sputnik by Dr Reddy in its bear scenario.
Even though the government has opened up the doors for more vaccines, it said there will be a minimal contribution from Johnson & Johnson’s jab in the bear scenario because of it facing clot issues in many countries, and none from Pfizer which needs very low temperatures storage.
0
Share FacebookTwitterGoogle+ReddItWhatsAppPinterestEmail

Tesla’s Cybertruck Will Be Waterproof Enough To Serve Briefly As Boat, Says CEO…