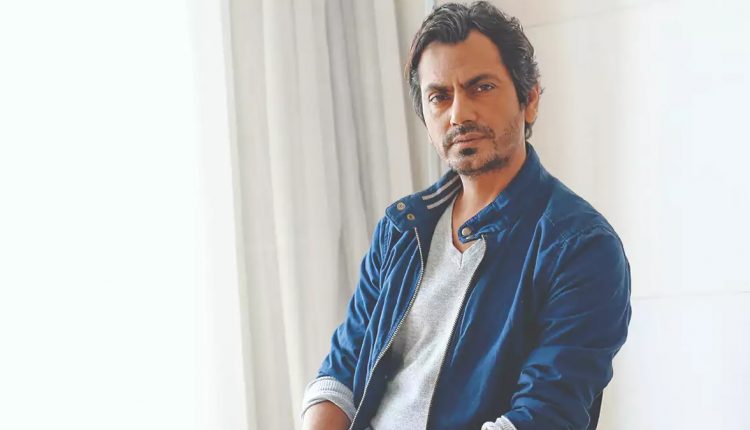 For someone who enjoys a net worth of Rs 150 crore plus, Bollywood’s unusual talent Nawazuddin Siddiqui has now commanded the highest remuneration ever, if sources are to be believed. Nawaz, who would charge roughly Rs 1 Crore to Rs 1.5 crore to endorse a brand, and anywhere between Rs 2 crore to Rs 4 crores for a film, has reportedly charged a whopping Rs 6 crore for his next Bole Chudiyan. What is surprising is that the film is directed by his own brother Shamas Siddiqui.

“Nawaz has charged the highest fees ever for this film that will feature some sequences from his real life. He has charged roughly Rs 5.7 to Rs 6 crore for this production. He was not the original choice to play the lead in Bole Chudiyan, but later the producers and the makers were convinced that Nawaz plays the lead as the dates with other options did not work out well.” reported a source who has been involved in the production of Bole Chudiyan. Nawazuddin Siddiqui Slams Celebs for Posting Vacation Pics Amid Pandemic

We hear Sonakshi Sinha was approached to play opposite Nawaz in the film, but later Tamanna Bhatia was zeroed in on to play the part. We have already informed you that things are not exactly amicable between Nawaz and his director brother Shamas due to creative differences. Many changes were therefore made in order to keep things smooth on the set of the film. Bole Chudiyan Song Tum Pe Hum Toh: Nawazuddin Siddiqui and Tamannaah Bhatia’s Soulful Melody Celebrates Love (Watch Video)

” Things were not exactly smooth from the word go. There were so many changes made at the last moment in terms of screenplay and sequencing. Nawaz would give his suggestions constantly as he is playing the lead (the quintessential hero) in this movie. The film borrows its references from Nawaz’s real life. The creative clashes were too many and this has translated into a professional battle of sorts between Nawaz and Shamas,” informs our Khabroo who was keeping a close watch on the development of this production.

(The above story first appeared on Scoop Buddy on May 04, 2021 08:08 PM IST. For more news and updates on politics, world, sports, entertainment and lifestyle, log on to our website scoopbuddy.com).