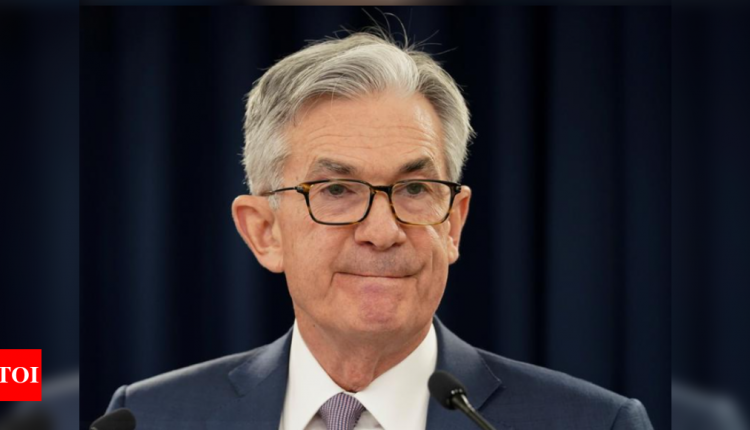 Next up for Fed’s Powell and the taper test: ‘String’ theory 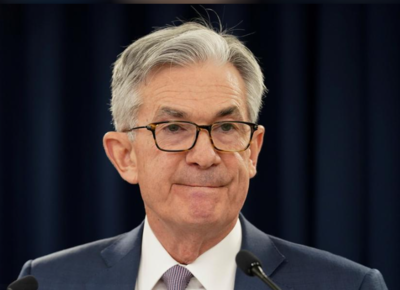 NEW DELHI: The list of what will get Federal Reserve chair Jerome Powell to start thinking about cutting back on the central bank’s support for the US economy is a short one: jobs, jobs and more jobs.
That was perhaps the sharpest message from the Fed‘s two-day policy-setting meeting that wrapped up Wednesday, at which it left interest rates on hold and repeated a pledge to continue buying bonds at its current pace until it sees “substantial further progress” toward its twin goals of full employment and 2% inflation.
Powell had earlier this month cheered a government report showing US employers added nearly a million jobs in March, and said he would want to see “a string” of months like that to show progress toward the Fed’s goals.
“What did I mean by a string?” he said at a press conference following the meeting. “I can tell you what it’s not: it’s not one really good employment reading, which is what we got in March.”
That wasn’t enough information for Karim Basta, chief economist at III Capital Management. “Thanks,” he quipped in response to Powell’s “string” definition.
But with the US economy more than 8 million jobs short of where it was in February 2020 before the pandemic, continued job gains at March’s pace would get halfway to filling the hole by summer, when many analysts expect the Fed will flag a coming policy change.
“We don’t have to get all the way to our goals to taper asset purchases – we just need to make substantial further progress,” Powell said.
The upbeat assessment of economic conditions and a less downbeat assessment of risks point to “the first steps on the path toward tapering QE asset purchases,” said James Knightley, ING’s chief international economist.
The Fed’s promise on bond buying is not just tied to jobs -it also hinges on inflation. But judging progress by that metric will be tough.
That’s because an all-but certain move higher in inflation readings in coming months will carry “no implication” for Fed policy, Powell said, because it will reflect transitory pressures that will soon unwind.
The comparison to the hit prices took last year during the nationwide lockdowns will push up April and May’s headline inflation readings by as much as one percentage point, Powell said.
Supply bottlenecks as companies struggle to keep up with surging demand from newly vaccinated Americans going out and doing more will also push prices higher. Those will come back down once companies address the supply issues, he said, but it’s uncertain how long that will take.
Powell also beat back any notion that the Fed’s decision on tapering will depend specifically on virus cases or vaccination rates. St. Louis Fed President James Bullard suggested earlier this month that he’d like to see 75% of Americans vaccinated before reducing policy accommodation. “We have not articulated a separate test for the state of the virus that we would like to achieve,” Powell said Wednesday.
Despite repeated pressing, Powell has resisted defining “substantial,” and on Wednesday said that because assessing that benchmark will be somewhat subjective, “we’ve said we’d let the public know when it is time to have that conversation.”
In the meantime, his “string” theory may be providing some hints.