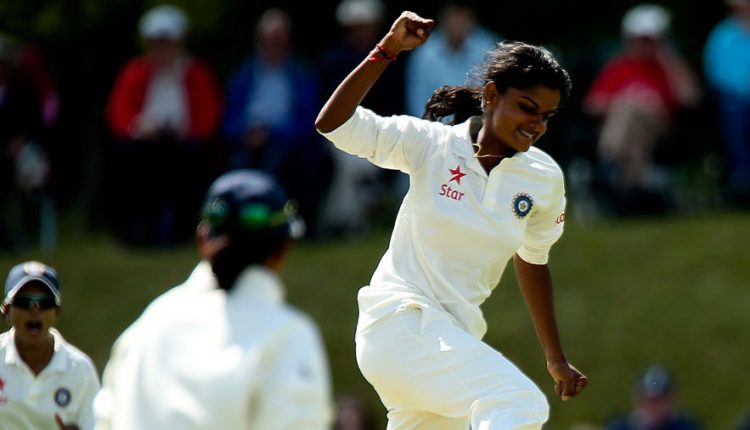 Niranjana Nagarajan remembers the summer of 2014 for many reasons. In March that year, she had to pull out of the Indian squad for the T20 World Cup on the eve of their departure for Bangladesh after contracting malaria. Three months later, she was on cloud nine after being picked in India’s squad for the tour of England.

She would become one of eight debutants to be handed a Test cap at Wormsley, as India went on to famously beat a much-fancied England side, led by Charlotte Edwards. She left her mark on the game by first picking up four wickets on the opening morning to bowl England out for 92, and then contribute a plucky 27 to help India eke out a lead.

These memories come rushing back as Niranjana speaks of the hurt at missing out on India’s tour party to England this time around. But, like a true professional, she is preparing to be ready should an unlikely call-up come her way. Her hurt stems from being ignored despite racking up impressive numbers over the last three years in domestic cricket.

In the most-recent domestic competition, the 50-over one-day tournament, Niranjana was the highest wicket-taker among all the fast bowlers. Her numbers: 14 wickets in six matches at an average of 9.35 and an economy of less than four per over. These backed her performances in the truncated 2019-20 season, where she picked nine wickets in seven games, apart from scoring 244 runs in six innings for Tamil Nadu, the highest in her pool.

“I was genuinely expecting to at least be picked for the Tests, if not all formats,” Niranjana tells ESPNcricinfo. “But I truly believe my performances will be noticed. Initially, I was disillusioned. I didn’t know why I wasn’t considered. But I realised I must just keep grinding it out day in and day out. Having a strong work ethic, keeping myself fit and performing well are in my hands. And I’ve done that to the best of my ability.”

It’s been five years since Niranjana last played for India. But the hope flickers because she’s seen an India team-mate take the steps back to the team after years in wilderness. Sneh Rana, the spin-bowling allrounder, has been picked after a gap of five years, following performances similar to hers. However, Rana was part of the title-winning Railways team.

“I’m happy for Sneh, and my motivation stumps from how even she’s now back after five years. So I know somewhere there’s hope for me too. Possible she was picked because she had three extra games to perform. Had Tamil Nadu qualified, I may have had a chance to pick a few more wickets. But yes, I’m not ruling out playing for India. I’m only 32 and I’m doing everything I can to push for a return.”

Niranjana’s domestic numbers, as impressive as they are, came on the back of what she terms a “torrid three months”. In November, she was diagnosed with Covid-19, leading to her being in isolation and plenty of medication that was “draining and sapping”.

“I wasn’t even able to get up from bed for 10 days. It got to a point where just being able to get up and walk seemed like a huge psychological boost”

Niranjana on her bout with Covid-19

“My husband had symptoms first and it was pretty bad, and soon I got symptoms and it progressively got worse,” Niranjana says. “I wasn’t even able to get up from bed for 10 days. It got to a point where just being able to get up and walk seemed like a huge psychological boost. I was isolated for 15 days. Mentally and physically, it was a painful time. Somehow, the India-Australia Test series was on and it helped ease my boredom and mental fatigue a little.

“Once I crossed the 15-day mark and symptoms started to ease, I did a lot of yoga and breathing exercises. My body was drained of minerals, and I just couldn’t get back to my usual workload. It took a while and I had to gradually up my training time. But not playing the domestic season or a club tournament in Bangalore wasn’t an option. I needed time in the middle and I wasn’t prepared to let go of a chance to showcase my skills.

“I realised however I try, I can’t be at my fittest, so focused on skills and being in a good mental space. One time, it felt like I’d recovered but when I tried to push extra, I’d be in some pain and my body wouldn’t allow me to. Also, there was another matter of preparing differently by moving on from playing in a T20 club tournament to a 50-over domestic competition. I guess it was hard, but I simply had no option. I wanted to do it for myself and the team.”

Niranjana keeps referring to the extra push, and she credits her best friend V Vilasini, husband S Srinath and Sadagopan Satish, the former Tamil Nadu cricketer. “These three would push me all the time,” Niranjana says. “There was a point three years ago when I thought I’d not be anywhere in the mix, and I should just walk away. But these three have been the pillars around my cricket.

“My husband used to organise net sessions for me. He used to play in the first-division league for India Cements. So right from organising nets to throw downs to multiple bowling sessions, he’d take time off his own schedule and work. So these three have kept me going, pushing me to go the extra mile. And if I’m thinking a comeback is still very much possible, I’m only 32, it’s because of them. It’s just a matter of time.”