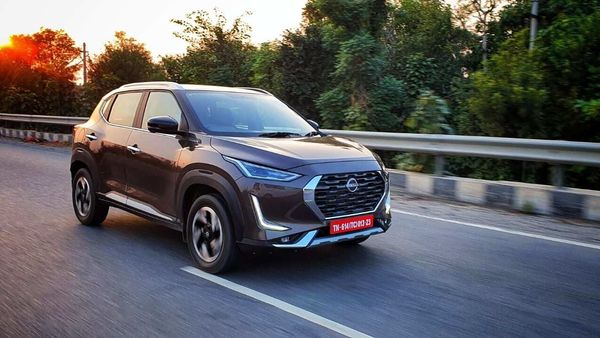 Japanese auto major Nissan is ramping up production at its Chennai plant to touch about 3,500 units a month by July to meet robust demand in India for its newly launched compact SUV Magnite that has crossed bookings of 50,000 units, according to a top company official.

Nissan Motor India, which ended the 2020-21 with a total sales growth of growth of 6% at 18,886 units from 17,831 units in 2019-20, is looking at “three-digit growth” this fiscal, although the second wave of the Covid and supply constraints, especially that of semi-conductors, remain a challenge.

In December last year, the company had announced to hire 1,000 people to ramp up production with a third shift at the Chennai plant.

“From February, the third shift has started. Now we are ramping up the production. We believe that going forward we should be able to take up this production, which is currently in the range of around 2,700 per month to close to around 3,500 per month in the next three months,” Nissan Motor India Managing Director Rakesh Srivastava told PTI.

He, however, added, “This is the plan as of now, but this could be challenged by way of semiconductor shortage or shortages in terms of components or the Covid.”

Although, the company is working with its channel partners to address supply chain issues, Srivastava said, “The semiconductor situation has not improved and the challenge is only growing. The shortages are very very strong in the market. Normalistaion will happen only after July. Currently the challenge is still there and it is only increasing.”

On the demand side, he said preference for personal mobility driven by COVID-19, availability of liquidity in the market with lower interest rates and availability of credit has fuelled sales.

The shift towards petrol vehicles from diesel, which are priced higher, has also driven in more affordability. Manufacturers pushing more petrol vehicles have also helped customers in terms of their ownerships, he added.

“Going forward, I foresee that the auto industry could grow anywhere around 25% (in the ongoing fiscal) largely because of a lower base…but we (Nissan) have the capability now to grow in three digits. We should be more than doubling our volume,” Srivastava said.

As far as Nissan is concerned, he said till December the auto industry had actually declined by 16% in the April-December period but the company had a decline of 55% during that period. However, after the launch of Magnite, it “caught up every negative” to end the fiscal on a positive note.

He said the Magnite has touched 50,000 bookings and “we have already delivered 10,000 vehicles to our partners”.

Srivastava said the contribution of the digital medium has grown substantially during the pandemic and continues to grow.

“Earlier digital used to contribute almost 1-2% of our business. With the Covid and in the Covid, when we launched the Magnite, we experienced above 10% bookings. Now that has translated into a more than 10 of our retail sales today.”