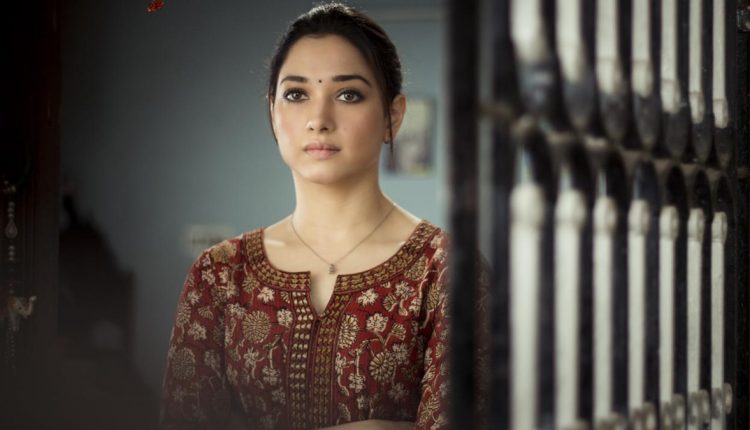 November Story: Tamannaah Bhatia Reveals the Reason Why She Is So Excited About Her Disney+ Hotstar Show

Actress Tamannaah Bhatia’s can’t stop gushing about her upcoming web series November Story, a murder mystery that casts her as a young ethical hacker named Anuradha, who is trying to sell her father’s house so she can pay for his Alzheimer’s treatment. “When I first heard the narration of ‘November Story’ from director Ram Subramanian, I could have never anticipated that the storyline was going to be so layered. November Story: Tamannaah Bhatia Feels the Project Has Helped Her To Explore Creative Nuances.

I have never watched a crime thriller series that is so complex and intriguing at the same time, and one that engages audiences in every episode like an authentic whodunit,” she says. “What commences as a plain Jane murder spirals into the unleashing of a series of hair-raising events interlaced with a multitude of characters and narratives that come to the fore, raising more and more questions while building mystery around the killer and motive,” she promises. November Story Trailer: Tamannaah Bhatia, Vivek Prasanna’s Murder-Mystery Series Looks Promising; Streaming on Disney+ Hotstar From May 20 (Watch Video).

The seven-episode whodunit also features Pasupathy, GM Kumar, Aruldass and Vivek Prasanna among others, and releases on May 20 in Hindi, Tamil and Telugu on Disney+ Hotstar VIP.

(The above story first appeared on Scoop Buddy on May 19, 2021 06:39 PM IST. For more news and updates on politics, world, sports, entertainment and lifestyle, log on to our website scoopbuddy.com).

PSL 2021: ‘Pakistan Super League Could Be Postponed if We Don’t Get Approvals From UAE by Tomorrow’, Says PCB