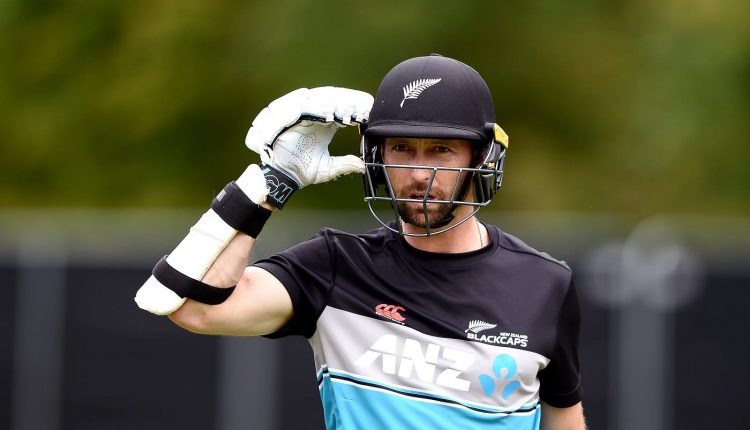 Devon Conway pushed his case for a Test debut even further by scoring an unbeaten 55 against the Williamson XI on the opening day of New Zealand’s intra-squad two-day warm-up game at the Ageas Bowl.

After the Latham XI opted to bat, Conway and Tom Latham added 106 for the first wicket against the likes of Tim Southee, Jacob Duffy, Neil Wagner and Mitchell Santner. Both batters retired at the lunch interval and were replaced by Tom Blundell and Ross Taylor. However, the duo fell to Southee in quick succession, Blundell caught behind for 8 and Taylor lbw for 9.

Wagner then bowled Kyle Jamieson for his first wicket of the day before Colin de Grandhomme and Doug Bracewell scored half-centuries.

After the 75th over, Latham and Blundell again came to the middle. But this time Latham’s stay was a brief one with Wagner bowling him off the pads for 7. Left-arm spinner Rachin Ravindra then cut Jamieson’s second stint at the crease short and removed Matt Henry in the same over as well.

Conway is competing with Blundell for the second opener’s role in the Test side. At the end of the day’s play, he said opening the innings with Latham was an exciting experience but also an intimidating one with Kane Williamson and Southee in the opposition.

“Good opportunity to bat with him [Latham] out in the middle,” Conway said. “Fortunately, we are both left-handers, so I could just feed off a couple of things that he was doing. He is very experienced, knows his game inside out. Just watching how he goes about things, not only in today’s game but in training and his discipline around, his shot selection, the way he plays his game, it’s pretty awesome to learn from. Just to be there at the other end was pretty exciting and good learnings throughout the day.

“You’ve got Kane Williamson there at gully watching you bat. That’s pretty intimidating, one of the best guys watching you go about your business. Then also fronting up and facing guys like Tim Southee, who have been there for a long time. I didn’t get the opportunity to bat with Ross Taylor today, which was a bit unfortunate, but hopefully one day I’ll get that chance.”

Conway has played most of his first-class cricket batting at No. 3. Out of his 174 innings in the format, he has opened only 19 times but if he makes his debut in the first Test against England, it will be most likely as an opener.

“There’s probably not too much difference to be fair,” he said. “Sometimes if you’re batting three, you could be in in the first over. So it’s just about backing your game plan, backing the way you play, and just staying true to that as much as you can, regardless of the situation. It’s just about adjusting to the surface and being positive throughout.

“I like to see myself as a guy who bats anywhere really. If the opportunity presents itself to bat up the order in Test cricket or ODIs or Twenty20, I would be happy to take that with both hands. It’s just a number. At the end of the day, it’s about adjusting to different scenarios and situations of the game and just batting accordingly.”