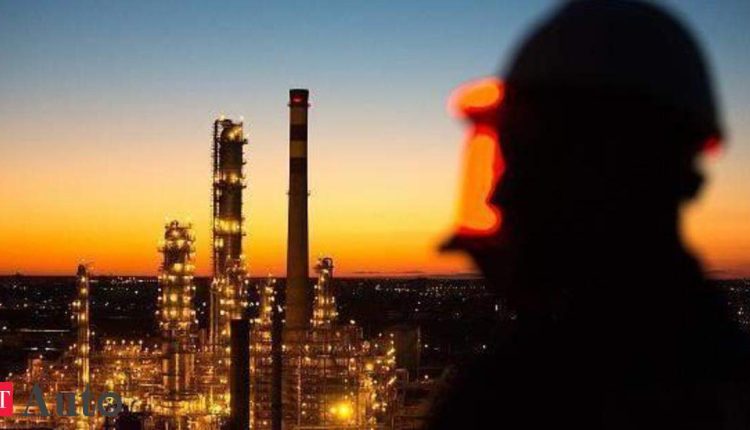 New Delhi: Oil prices settled higher on Friday, recouping some of this week’s losses on strong U.S. job growth data, but closed the week at their lowest levels since February, rattled by worries a recession could hit fuel demand.

Oil traders this week have fretted about inflation, economic growth and demand, but signs of tight supply kept a floor under prices.

The number of oil rigs, an early indicator of future output, fell seven to 598 in the week to Aug. 5, the first weekly decline in 10 weeks, energy services firm Baker Hughes Co BKR.O said in its closely followed report on Friday.

Recession worries have intensified since the Bank of England’s warning on Thursday of a drawn-out downturn after it raised interest rates by the most since 1995.

“Clearly, everyone is taking the threat of recession far more seriously as we’re still seeing a very tight market and producers with no capacity to change that,” said Craig Erlam, senior market analyst at Oanda in London.

Supplies were still relatively tight, with prompt prices still higher than those in future months, a market structure known as backwardation.

The OPEC+ producer group agreed this week to raise its oil output goal by 100,000 barrels per day (bpd) in September, but this was one of the smallest increases since such quotas were introduced in 1982, OPEC data showed.

Supply concerns were expected to ratchet up closer to winter, with European Union sanctions banning seaborne imports of Russian crude and oil products set to take effect on Dec. 5.

“With the EU halting seaborne Russian imports, there is a key question of whether Middle Eastern producers will reroute their barrels to Europe to backfill the void,” said RBC analyst Michael Tran.

“How this Russian oil sanctions policy shakes out will be one of the most consequential matters to watch for the remainder of the year.”