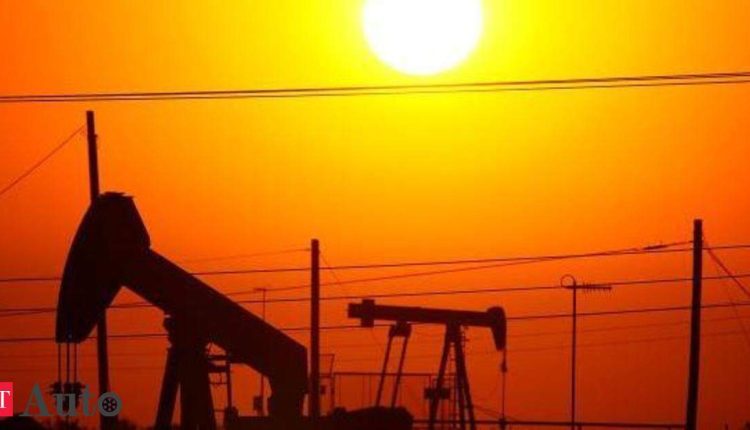 Oil prices rose on Tuesday to a more than seven-year high on worries about possible supply disruptions after Yemen’s Houthi group attacked the United Arab Emirates, escalating hostilities between the Iran-aligned group and a Saudi Arabian-led coalition.

The “new geopolitical tension added to ongoing signs of tightness across the market,” ANZ Research analyst said in a note.

U.S. West Texas Intermediate (WTI) crude futures jumped 81 cents, or 1%, from Friday’s settlement to $84.62 a barrel, just off a more than two-month high of $84.78 hit earlier. Trade on Monday was subdued as it was a U.S. public holiday.

After launching drone and missile strikes which set off explosions in fuel trucks and killed three people, the Houthi movement warned it could target more facilities, while the UAE said it reserved the right to “respond to these terrorist attacks”.

UAE oil firm ADNOC said it had activated business continuity plans to ensure uninterrupted supply of products to its local and international customers after an incident at its Mussafah fuel depot.

CommSec analysts said oil prices were being supported by colder winter temperatures in the northern hemisphere which were driving up demand for heating fuels.

The tight supply-demand balance is unlikely to ease, analysts said, as some producers within the Organization of the Petroleum Exporting Countries are struggling to pump at their allowed capacities, due to underinvestment and outages, under an agreement with Russia and allies to add 400,000 barrels per day each month.

“That should continue to be supportive for oil and increase talk of triple figure prices,” said OANDA analyst Craig Erlam.