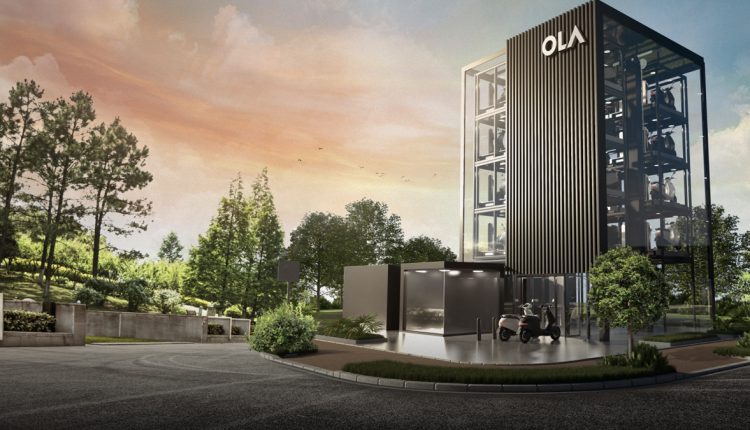 New Delhi: Ola on Thursday unveiled the ‘Hypercharger Network’, a charging network for its upcoming two-wheeler products starting with the Ola Scooter to be launched in India in the coming months. According to the company, the charging network will be the widest and densest electric two-wheeler charging network in the world, with more than 100,000 charging points across 400 cities. Ola to Invest Rs 2,400 Crore to Set Up E-Scooter Factory in Tamil Nadu.

In the first year alone, the company is setting up over 5,000 charging points across 100 cities in India, the company said in a statement. The company said that it will also be the fastest two-wOla Announces Electric Two-Wheeler Charging Network in Indiaheeler charging network. With this network, the company’s upcoming Ola Scooter can be charged 50 per cent in just 18 minutes for a 75 km range, it said.

Here’s a video that lays out our vision for the Hypercharger Network. Such a comprehensive network will dramatic reduce barrier to mass adoption of EVs @OlaElectric pic.twitter.com/HWZIvxIjYr

“By creating the world’s largest and densest two-wheeler charging network, we will dramatically accelerate the customer adoption of electric vehicles and rapidly move the industry to electric,” said Bhavish Aggarwal, Chairman and Group CEO, Ola.

The charging networks will be widely deployed across cities and will be found in city centres and dense business districts as standalone towers as well as in popular locations such as malls, IT parks, office complexes, cafes and more, the company said.

The Hypercharger Network will be complemented by a home charger that will be bundled with the Ola Scooter. The home charger will require no installation and will provide Ola customers the convenience of charging at home by simply plugging into a regular wall socket for overnight charging, the company said. The soon-to-be-launched Ola Scooter is a tech-driven electric vehicle. It will be manufactured at the Ola Futurefactory, which is being built in Tamil Nadu with its first phase to be ready this summer.

(The above story first appeared on Scoop Buddy on Apr 23, 2021 10:35 AM IST. For more news and updates on politics, world, sports, entertainment and lifestyle, log on to our website scoopbuddy.com).

Singapore to Bar Long-Term Pass Holders, Visitors Travelling from India Due to Surge in COVID-19 Cases