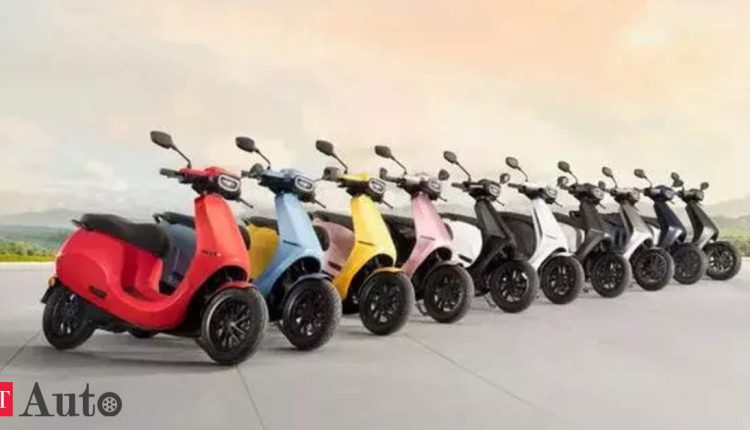 The purported mismatch in the sales figures of Ola Electric scooters has the president of a national automobile dealers’ lobby concerned.

According to Vinkesh Gulati, president of Federation of Automobile Dealers Association (FADA), Ola Electric has claimed 10 million capacity at its Tamil Nadu plant and 4,000 dispatches of its electric scooters, but as of Wednesday, only 500 vehicles have been actually sold to customers.

Many customers have raised complaints with FADA—and Gulati personally—over significantly lower battery range, panel gaps or used vehicles being delivered to them.

The association is currently collating customer complaints received by them. It will first write to Ola Electric for a solution. If the company fails to come up with one, then FADA will write to the Department of Heavy Industries and the Ministry of Road Transport and Highways to arrive at an amicable solution for customers.

According to MoRTH’s VAHAN dashboard, which maintains real-time vehicle registration data, a total of 439 Ola Electric scooters were registered as of Thursday morning. That compares with the 4,000 dispatches the company claimed it had made in December.

Dubey declined to comment on the final delivery figures.

Ola Electric has been drawing flak on social media for its scooters not matching the claimed ARAI range of 180 km. Many users report a range of 135 km on full charge. But Dubey said that Ola’s scooters have the lowest variation from the ARAI figures compared to industry standards, which he said is at 24%.

“Before you can sell your vehicle, you must get the ARAI certification, and you can claim the range in EVs or mileage in petrol vehicles on that basis only. Everyone markets the ARAI range and everyone has variation in their mileage from their ARAI certification. This can be as high as 40%,” he said. “My variation with ARAI is the lowest in the industry at just 24%. Everyone else’s is 35-40%.”

ARAI is short for Automotive Research Association of India, a leading automotive R&D facility set up by the domestic auto Industry with the Government of India.

Dubey also claimed that Ola Electric does not charge for vehicle registration. The central government has waived the registration fee for electric vehicles, but that has not been notified in all states. Ola Electric has clarified that it collects a fee from customers only for state government charges, which vary from state to state.

“Registration charges we levy are as per state government rules. Some state governments have waived these charges as per central notification, and in those states we do not charge it,” Dubey said. “As and when other states waive it, we will remove it once they issue the formal notice of waiver.”

“Ola has a direct-to-consumer model and does not offer dealerships. That has been an extremely well-known fact and a subject of intense discussion as a disruptive model,” said Dubey. “We also clearly mention on the front page of our website that we do not have any dealerships. Still, in addition to this, as part of brand protection, whenever somebody has flagged this to us, we file a police complaint.”

The company had postponed delivery timelines for its much anticipated products citing global semiconductor shortage issue.

Led by high speed scooters that recorded an over 5 fold jump, nearly 2.34 lakh electric two wheelers were sold in the country in 2021. But that is just a precursor to 2022 when sales are expected to grow upto 6 times as a clutch of new entrants like Ola Electric, Simple Energy, Bounce Infinity, Tork Motors and Ultraviolette make their presence felt. All this while the traditional two wheeler segment is struggling for growth like never before.