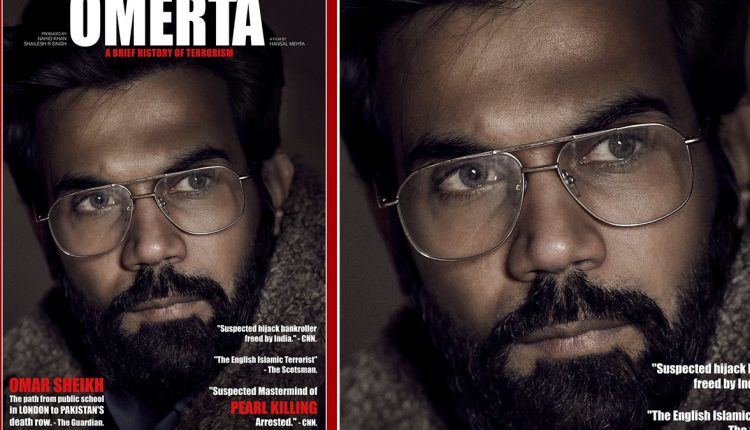 Hansal Mehtas directorial “Omerta” was released three years ago on this day. The filmmaker on Tuesday talked about the film and said the performance by Rajkummar Rao stands tall among their projects together. Hansal shared the poster on Instagram of the film featuring Rajkummar. Alongside the image, he wrote: “3 years of #Omerta. A film I’m super proud of. A performance by Raj that stands tall in our work together.” Hansal Mehta Believes He Has ‘The Virus’ A Day After He Urged His Followers For Remdesivir Leads For His Son.

“Omerta” is a biographical crime drama that had Rajkummar essaying Ahmed Omar Saeed Sheikh, British terrorist of Pakistani descent. The film revolves around the 1994 kidnappings of Westerners in India. Mehta, who informed recently he had symptoms of Covid-19, had last year helmed the hit series “Scam 1992: The Harshad Mehta Story”. He will soon be out with a second instalment titled “Scam 2003: The Curious Case Of Abdul Karim Telgi”. Hansal Mehta’s Son Pallava Tests COVID-19 Positive; Filmmaker Urges His Followers With Leads for Remdesvir.

Shooting will begin later this year. The season will be based on the 2003 stamp paper scam and its chief accused Indian counterfeiter Abdul Karim Telgi.

(The above story first appeared on Scoop Buddy on May 04, 2021 03:14 PM IST. For more news and updates on politics, world, sports, entertainment and lifestyle, log on to our website scoopbuddy.com).