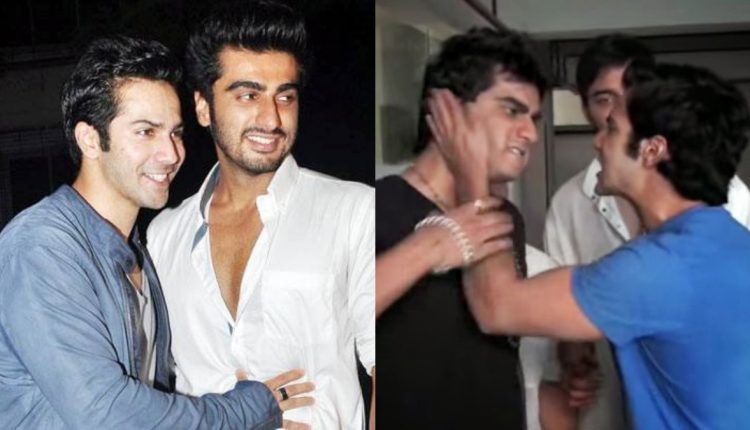 Varun Dhawan and Arjun Kapoor are the coolest actors we have in Bollywood right now. That’s not it, as both of them also are childhood buddies which is one of the reasons why Arjun wished Varun on his birthday today (April 14) with a super hilarious post. Since then the two good-looking lads are trending on social media. Also, we are not going to talk about Arjun’s Mowgli-inspired wish for Varun, as it’s everywhere. But instead, let’s go back in time and look at a video where Varun-Arjun were in a single frame for a film. Arjun Kapoor Wishes Birthday Boy Varun Dhawan in the Most Hilarious Way (Watch Funny Video).

Yus, you read that right! While fans of the actors always want to see them in a movie together… but there has been a time when the star kids were part of a (short) film titled White Mountain (2010). A video has been making rounds on the internet, which is from the time when the young talents were batchmates at a Mumbai acting school and shot the clip. The short film sees their natural and raw acting skills. Varun Dhawan Turns 34! Arjun Kapoor, Riteish Deshmukh, Madhuri Dixit and Other B-Town Celebs Extend Heartfelt Birthday Greetings to Wish the Bhediya Actor.

Not to miss, the video has a lot of abuse. Another interesting thing is to note is that the screenplay, cinematography and story of the short flick are courtesy of Varun Dhawan. That’s quite a talent, must say! Meanwhile, talking about the two stars, both of them are supremely talented and the world knows it. Happy Birthday, Varun Dhawan. Stay tuned!

(The above story first appeared on Scoop Buddy on Apr 24, 2021 03:22 PM IST. For more news and updates on politics, world, sports, entertainment and lifestyle, log on to our website scoopbuddy.com).

Modifying Your Dinky Car to Go Fast on a Race Track