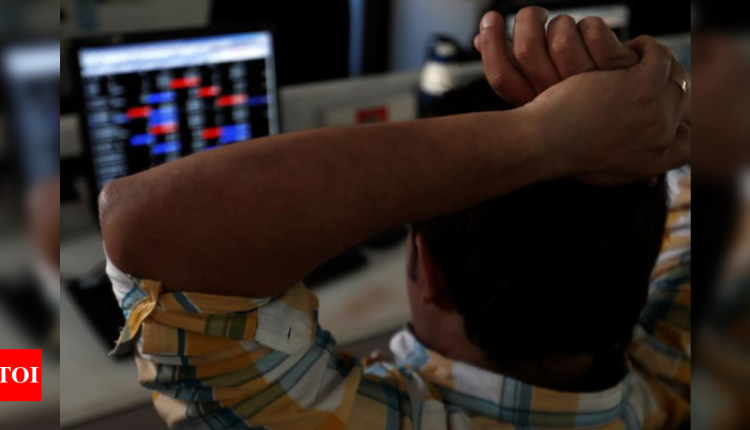 Ongoing consolidation to improve returns in H2 for equities: Report

MUMBAI: The ongoing consolidation in equities would improve return prospects during the second half of 2021, an American brokerage said on Tuesday.
Leading indicators relating to fundamentals including growth, stability, government policy and RBI policy, and corporate earnings are “generally positive” about equity returns, analysts at Morgan Stanley said.
Coronavirus: Live updates
It can be noted that since the start of the second wave of Covid-19 infections, which also coincided with inflation worries in the US, there has been an uneasiness within investors. From its levels on March 10, the markets are down by nearly 3 per cent despite the late surge over the last two trading sessions.
The BSE’s 30-share benchmark was trading 1.30 per cent up at 50,224 points as of 1235 hrs on Tuesday.
“We expect the churn below the index to continue even as the index outlook appears improved going into 2H21,” the analysts wrote, adding that cross-asset and sentiment indicators are neutral on equities.
The challenge for equities comes from waning liquidity and valuation support, they said.
The brokerage maintained its 55,000 points target for end-2021 for the benchmark, giving it a 50 per cent probability of coming true. In the ‘bull’ scenario, the Sensex can rise to 61,000 points by December 2021, while in the ‘bear’ scenario it can crash to 41,000 points.
There is a 30 per cent likelihood for the ‘bull’ scenario, which can get triggered by factors like the virus ebbing completely, recovery in growth being sustained, and global stimulus supporting asset prices.
The brokerage gave a lower, 20 per cent probability for the ‘bear’ scenario to play out, and pointed out that factors like the higher infections continuing in second half, lack of adequate policy response from India and faltering growth can trigger such an eventuality.
Calling it a stock picker’s market, the note advised investors to prefer domestic cyclicals the most in their portfolio strategy.
Listing out the positive factors, they said factory output is set to grow in double digits, the gap between real GDP growth and the 10-year bond yield suggests more upside to stock returns, policy certainty index is close to all-time highs and India’s macro stability, which makes the brokerage believe that it will outperform other emerging markets.
The brokerage said its proprietary earnings index is suggesting a sharp uptick in earnings, which will be the best since the global financial crisis of 2008.
It said a proprietary sentiment indicator combines flows, volatility, implied volatility, trading volumes, breadth and price momentum to judge sentiment. It is a “contra indicator” right now, just below the neutral zone, it said.

India women get another Test match, this time in Australia during September tour