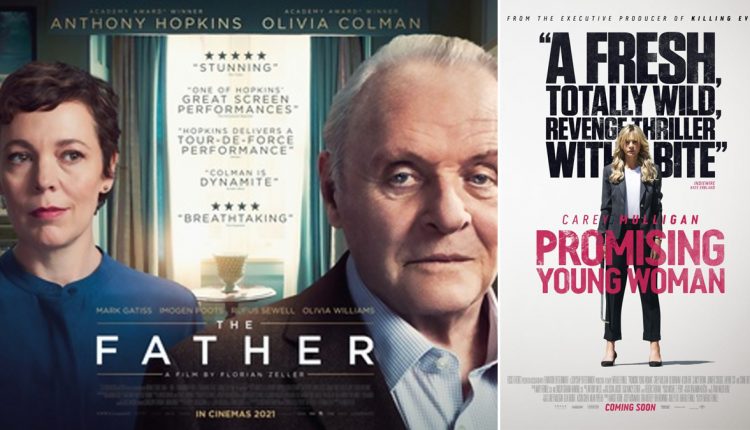 Christopher Hampton and Florian Zeller took home an Oscar in the category of Adapted Screenplay for their work in the Anthony Hopkins-starrer The Father. In the film, protagonist Anthony (Hopkins) interacts with daughter Anne (Colman) and other characters who give him conflicting accounts of the past and present. Like Anthony, the audience has to solve the puzzle of what’s real and whose truth should be believed. Oscars 2021: Mads Mikkelsen’s Danish Movie Another Round Wins Best International Feature Film at the 93rd Academy Awards.

The Florian Zeller directorial, which is an adaptation of his 2014 play, has collected six Oscar nominations this year. Emerald Fennell also won an Oscar for Original Screenplay for the comedy thriller film ‘Promising Young Woman’. ‘Promising Young Woman’ stars Carey Mulligan as a woman who seeks to avenge the death of her best friend, who was a victim of rape. Bo Burnham, Alison Brie, Clancy Brown, Jennifer Coolidge, Laverne Cox, and Connie Britton co-star in the movie. Oscars 2021 Red Carpet: Riz Ahmed Fixing His Wife’s Hair For Photo-Op Is Making Twitterati Go ‘AWW’.

‘Mank’ leads the nominations this year after being nominated for 10 accolades while ‘The Father’, ‘Judas and the Black Messiah’, ‘Minari’, ‘Nomadland’, ‘Sound of Metal’ and ‘The Trial of Chicago 7’ have been nominated in six categories.

Fashion Faceoff: Deepika Padukone or Nora Fatehi, Whose Version of Alex Perry Dress Gets Your Vote?

Adam Zampa, Kane Richardson, Ravichandran Ashwin & Others Pull Out of IPL 2021, Check Full List of Players who Withdrew From the Tournament