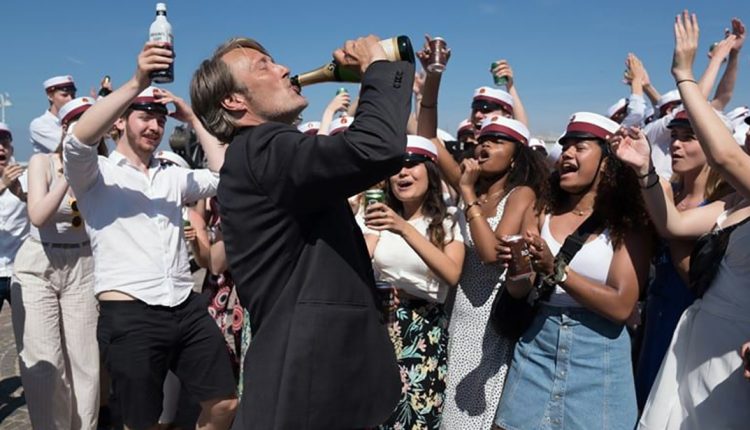 Denmark’s comedy-drama film Another Round has taken home an Oscar in the category of Best International Feature Film. After winning the Academy Award, director Thomas Vinterberg said, “We wanted to make a film that celebrates life.” Another Round is a comedy-drama film directed by Thomas Vinterberg. It is an international co-production between Denmark, the Netherlands, and Sweden. The film stars Mads Mikkelsen, Thomas Bo Larsen, Magnus Millang, and Lars Ranthe. Oscars 2021 Review: From Chadwick Boseman’s Loss to Anthony Hopkins to The Trial of the Chicago 7’s No-Show, 5 Biggest Surprises and Snubs at the 93rd Academy Awards.

The film had its world premiere at the Toronto International Film Festival on September 12, 2020, and it was released in Denmark on September 2020.

Earlier, it was also nominated for the Golden Globe Award this year for Best Foreign Language Film. The 93rd Academy Awards are being held at both the Dolby Theatre and Union Station. The ceremony is taking place two months later than originally planned, due to the impact left by the COVID-19 pandemic on the entertainment industry. Oscars 2021 Red Carpet: Riz Ahmed Fixing His Wife’s Hair For Photo-Op Is Making Twitterati Go ‘AWW’.

The nominations for the 93rd Academy Awards were announced on March 15 this year. This is only the fourth time in history that the Academy Awards were postponed. ‘Mank’ leads the nominations this year after being nominated for 10 accolades while ‘The Father’, ‘Judas and the Black Messiah’, ‘Minari’, ‘Nomadland’, ‘Sound of Metal’ and ‘The Trial of Chicago 7’ have been nominated in six categories.