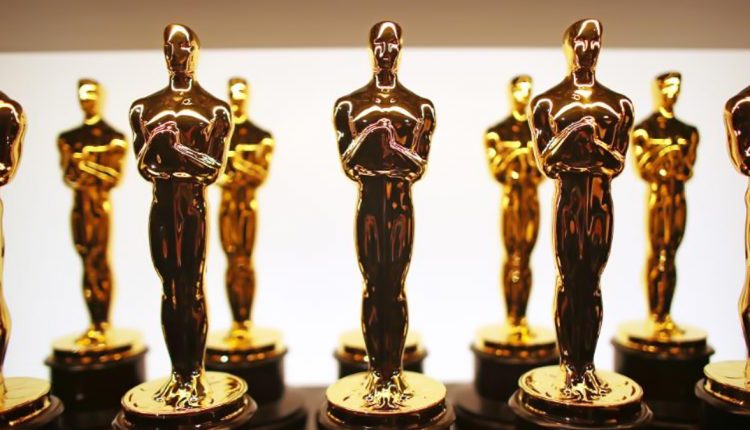 Months after the nominees and certain details of the 93rd Academy Awards were announced, the show’s producers- Jesse Collins, Stacey Sher, and Steven Soderbergh spelt out the plans for the ceremony and how COVID safety procedure would be integrated throughout. Cinema maniacs have been on their toes since the nominations of the 93rd annual Academy Awards were announced in March by Priyanka Chopra Jonas and Nick Jonas. Following the announcement, certain guidelines and details were also announced to keep the fans updated about the prestigious ceremony to be held on April 25, this year. Oscars 2021: Riz Ahmed to Anthony Hopkins, Academy Award Nominees Has This to Say on Making It to the Oscars.

Now, the producers of the show- Jesse Collins, Stacey Sher, and Steven Soderbergh have come out to reveal the actual details on how Covid-19 protocols would be integrated into the show’s broadcast while assuring that they are taking every measure to make sure all nominees and participants are safe throughout the three-hour ceremony, reported Deadline. “The narrative of the evening will be how we have gotten people back to work and what is involved exactly in doing that. There is that sort of strand that is going to run throughout the program of following the science of keeping people safe,” said Sher. Oscars 2021 Nominations: 11 Biggest Snubs and Surprises of the 93rd Academy Awards.

“The whole situation has been incredibly fluid in making sure that we are adhering to the guidelines in terms of capacity, and how we are allowed to move people, and how long we are allowed to keep them in certain places. There is no universe in which we are ever going to put anybody at risk,” she added. The 58-year-old film producer also mentioned that she is hoping to combine safety with a show that feels like a glimpse of what is going to be possible when most people are vaccinated and rapid testing is the norm. “Covid is going to be there because it is everywhere. But we want to put it in its place and then sort of move forward,” she said.

As for the content of the 93rd Annual Academy Awards itself, producers assured it will be optimistic about the love for and need for the moviegoing experience, with Sher even invoking the announced closure of Arclight Theatres and the venerable Cinerama Dome this week, as per Deadline. Collins also joined and shared that the show is developing into something they only dreamed it could be and said they have been following Soderbergh’s ‘manifesto’ that states the show will certainly look like a novel, and not at like a TV show. “It will be 24 frames per second, widescreen, with shots designed like movie shots, including over the shoulder,” he explained.

With the location for most of the ceremony taking place at Union Station, he told that the room there has been beautifully laid out by David Rockwell- production designer, with a hope to encourage winners to say something meaningful. Soderbergh was also asked about his own memorable acceptance speech when he won Best Director for Traffic in 2001, something that has been played as a good example at past Oscar nominee lunches to show potential winners what makes a good speech. “I was drunk. That’s not a lie,” laughed Soderbergh, who said it was a surreal moment being handed that Oscar by Tom Cruise affecting his whole equilibrium since he had no idea he would possibly win.

According to Deadline, Soderbergh also told that wearing a mask throughout the whole ceremony will be important for all the people who will be in attendance. “Masks will play a very important role in the story of the evening. That topic is very central to the evening,” he said without elaborating.

The producers also uniformly agreed that the ambitious show they are doing would not have been possible two months ago when the 93rd ceremony was originally planned for February 28th (the date the Golden Globes swooped in and took after AMPAS abandoned it). “That February date would have been impossible. Things have so improved with the vaccines. It was a great decision to push the show,” said Soderbergh.

Answering a question as to whether there has been outreach to invite President Biden, who has appeared before on an Oscar cast (to introduce Lady Gaga’s song ‘Til It Happens to You’), Sher said, “I think they have bigger fish to fry.” Also, producers, especially Soderbergh, were terse when answering a question about the use of Zooms like other awards shows have done this year. The answer again to that, as they have repeatedly stated, is ‘No’. “We will use satellite hookups,” told Soderbergh for those nominees who would not be able to attend the show. “We can control the image, the sound, working it into the overall show [more seamlessly].” The “red carpet” so associated with Oscars and awards shows will be “tiny,” as per the Deadline.

Producers also announced earlier that all the nominated songs will be performed during a 90-minute pre-show with each track having unique creative elements. A list of 15 presenters was also revealed earlier this week, but Soderbergh promised two more presenters would be named by the end of the week. Wrapping up the details, Soderbergh also expressed that he wants the Oscar show to be uplifting and hopeful for people, despite the fact that many of the nominated films this year can be construed as depressing or dark in some ways. “I hope it doesn’t remind us of the pain and dislocation people have been feeling over the past year. We want to see a potential future,” he said. The Oscar telecast will air live on ABC at 8 p.m. ET/5 p.m. PT on Sunday, April 25.