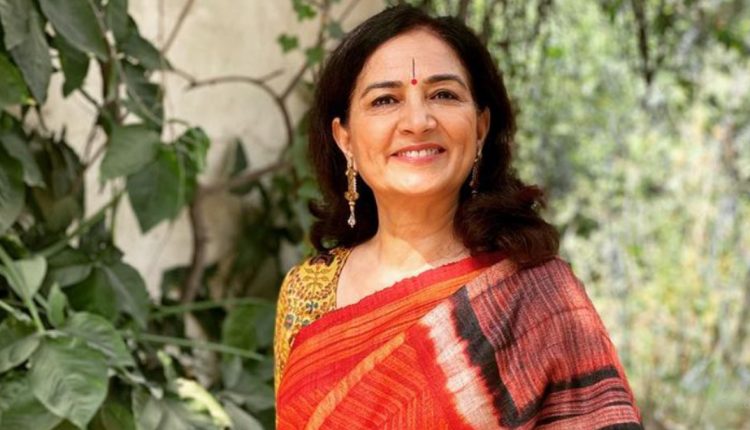 Actress Natasha Rastogi, who was recently seen in the digitally-released film  Pagglait, says acting for her will always be a constant journey of learning. Natasha, who was seen playing the mother of actress Sanya Malhotra in the film, told IANS: “Acting for me will always be a constant journey of learning, of picking up nuances from real life experiences and translating them on camera. The vast expanse of work, be it theatre or film, time spent around my gurus and all the brilliant directors and writers I’ve worked with has definitely helped me evolve as a better artiste.” Pagglait Movie Review: Sanya Malhotra and Ashutosh Rana’s Performances Make This Netflix Drama a Decent One-Time Watch (Scoop Buddy Exclusive).

The actress said that every time she starts a new project, she treats it as a blank canvas, which gives her another chance to create from scratch. “To talk about my recent projects, Pagglait gave me an opportunity to play a very nuanced character, which could also be easily misunderstood, but I tried to see it as a woman torn between her daughter’s well-being and rigid societal norms that she must follow, given the situation,” she told IANS. Sanya Malhotra on Netflix Film Pagglait: I Used to Write a Lot to Prep Up For My Role of Sandhya.

Natasha added: “Similarly, my character in ‘Made In Heaven’ has also been interesting, you will see more of it in season 2 but it gave me a chance to understand how each one of us have different personalities within us, and acting is a process that teaches you to constantly keep adapting to all those layers.”

(The above story first appeared on Scoop Buddy on Apr 16, 2021 09:31 PM IST. For more news and updates on politics, world, sports, entertainment and lifestyle, log on to our website scoopbuddy.com).

Keeping Up With The Kardashians: Kris Jenner Reveals the Reason Behind Helping Ex Caitlyn Rebuild Her Career