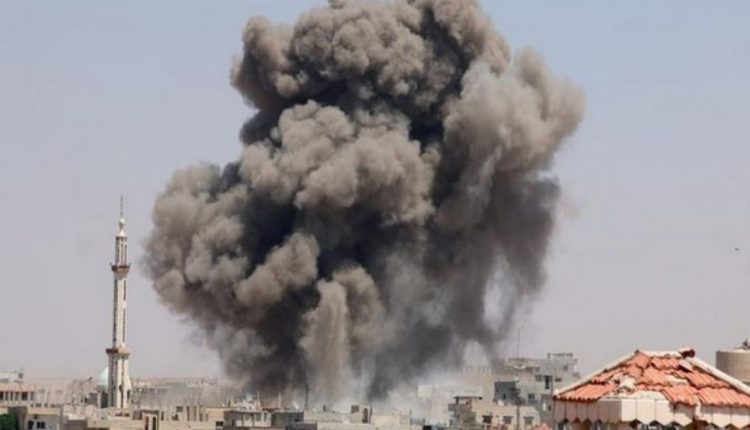 Karachi, April 22: A powerful bomb blast in the parking area of a luxury hotel in the restive southwestern Pakistani city of Quetta has killed at least four persons and injured 12 others, authorities have said, dismissing reports that a Chinese delegation was present in the building when the explosion occurred.

The blast took place in the parking lot of the Serena Hotel in Quetta on Wednesday night. Several vehicles parked in the area caught fire after the blast. According to some initial reports, the hotel was hosting the Chinese ambassador.

Quetta is the capital of Pakistan’s Balochistan province. Initial investigation has revealed the blast was caused when explosive material, fitted inside a car was detonated, said police. According to the Bomb Disposal Unit, 40-50 kgs of explosives were used in the bomb. 2 Chinese Warplanes Enters Taiwan Air Defence Zone, 18th Intrusion by PLA in April.

A fire brigade immediately arrived at the parking area to douse the flames. Firefighters were able to extinguish the fire and a cooling process is currently underway. The powerful blast could be heard several kilometres away.

The windowpanes of nearby Balochistan Assembly, High Court and other buildings were smashed due to the impact of the blast. The banned Tehreek-e-Taliban Pakistan (TTP) has claimed responsibility for the blast. A spokesman for the TTP said, “Our suicide bomber used his explosive-filled car in the hotel.”

However, police said that the initial investigation revealed that the explosive device was planted in a car that was parked in the hotel’s parking area.

Inspector General of Balochistan Muhammad Tahir Rai said that police were still gauging the intensity of the blast.

In response to a question, he said no ambassador or members of a foreign delegation were staying at the hotel when the blast occurred. Rai said the experts in the police force were conducting their investigation, adding that they would soon make public the findings of the probe.

Addressing a press conference after the incident, Balochistan Home Minister Mir Ziaullah Langove said that there was a wave of terrorism in the region.

He said that there were no threat alerts before the attack.

Responding to media reports about the Chinese ambassador Nong Rong being the apparent target of the attack, Langove said that the ambassador was not present at the hotel when the explosion occurred.

“I have just met the Chinese ambassador and he is in high spirits,” he said, adding that the investigation will ascertain the target. Balochistan government spokesperson Liaquat Shahwani said the incident was being investigated from all angles. “Those involved will not be able to escape the grip of the law,” he tweeted. China as Biggest Jailer of Journalists, Says Media Watchdog.

The Chinese ambassador had earlier in the day met provincial chief minister Jam Kamal Khan in the city, according to a tweet from Shahwani. There was no immediate comment from China’s embassy in Pakistan. The resource-rich Balochistan province is home to several armed groups, including Islamic extremists and separatists.

Militants are seeking independence from the rest of Pakistan, and oppose major Chinese infrastructure projects in the area. The separatists were also blamed for an attack two years ago on a luxury hotel at Gwadar where a major port project is being funded by China.

Tao and the Cosmic Principle