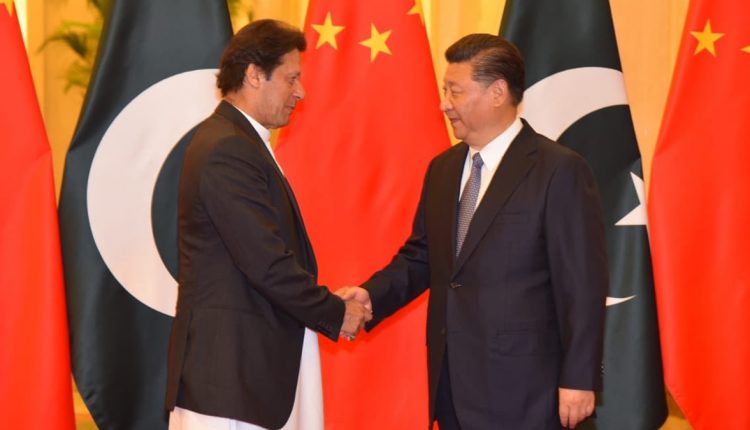 Karachi, May 22: Pakistani Prime Minister Imran Khan said that the cordial relations between the country and China are growing deeper and stronger day by day.

Speaking virtually at the inauguration ceremony of the Karachi Nuclear Power Plant Unit-2 (K-2) on Friday, Khan said that May 21 marked the 70th anniversary of the establishment of diplomatic relations between the two countries, and apart from the ever-strengthening bilateral ties, the people-to-people contacts have also become deep-rooted with the passage of time, reports Xinhua news agency. China and Pakistan Celebrate 70th Anniversary of Diplomatic Ties

“I will say that eradicating poverty is just like winning a big battle, and it did not happen in one day. I believe that Pakistan can learn how to lift its people from poverty.”

Khan also said that the China-Pakistan Economic Corridor will open new prospect of development in the fields of agriculture and industrial development with the support of China after bringing great improvement in energy supply and infrastructure in Pakistan.

The premier said that his country needs clean energy projects and the K-2 will carter the need, adding that the power plant will not only enable the transfer of technology from China but also equip local people with skills to use the state-of-the-art technology.

The K-2 is the first foreign nuclear power unit using Hualong One, a Chinese domestically designed third-generation reactor that has a design life of 60 years.

(The above story first appeared on Scoop Buddy on May 22, 2021 11:11 AM IST. For more news and updates on politics, world, sports, entertainment and lifestyle, log on to our website scoopbuddy.com).

Despite All Bad News, Amir Hossein Nouri Sing for Hope in Iran