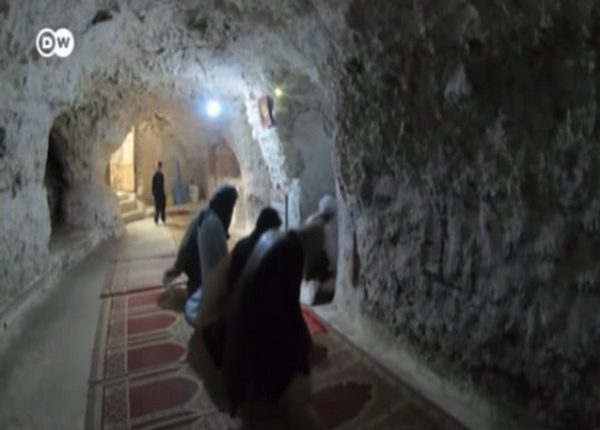 Pakistan: Residents Forced To Live in Caves Amid Fighting Between Govt and Taliban

Islamabad, May 15: The ongoing fighting between the Pakistan government and the Taliban in northwest Pakistan has forced many residents to flee from their homes and some of them are living in caves to escape the violence.

“They live here not out of choice, but necessity in the mountains bordered with Afghanistan. Militants group are active, the caves provide a degree of safety, if not comfort,” said Jonathan Crane, reporting for DW News Agency. Pakistani Troops Kill Taliban Commander Hassan alias Sajna Linked to Slaying of 4 Women Aid Workers in North Waziristan District.

“These caves were once empty, full of dust. We cleared them out after the security situation changed. The times when it was peaceful is not coming back. There was peace and freedom and everything was ok. There were no problems. Right now is a killing time,” said one of the cave-dwellers.

Pakistan’s military has been fighting back against the terrorists linked to Pakistan Taliban. The offensive which began in 2014 forced many to flee their home and into poverty. For many, caves were only the options, reported DW News Agency.

“We have no source of income. Our fathers and grandfathers also lived this life. They used to live this way. We have to because we have nowhere else to live,” said a resident. While reporting from these caves, Jonathan Crane came across a man who was sick and had no one to take care of him.

“I have a burning sensation in my hands and feet. It’s itching, I can’t touch them,” said the sick man. The caves contain a mosque, allowing the locals to worship. These caves and mosques are 3-5 centuries old. “This place is known as Randapal and this is called the Randapal mosque,” said the Maulvi of the mosque.

Nirmala Sitharaman to chair 43rd GST Council meeting on May 28

E-Cigarette Usage Is Associated With Shortness of Breath, Wheezing in Young Adults