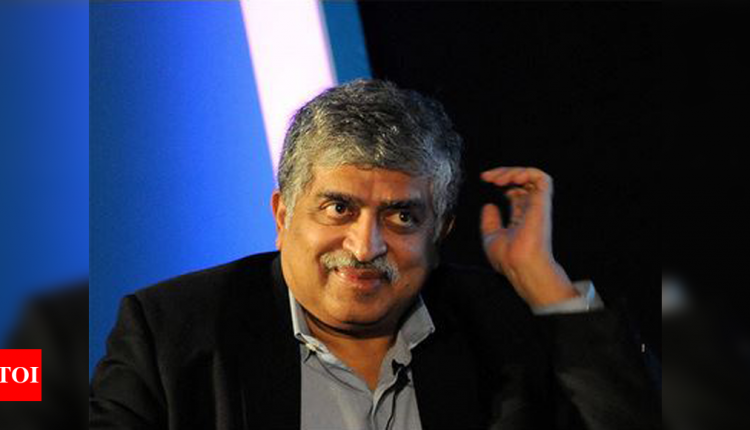 BENGALURU: Infosys chairman Nandan Nilekani said that the pandemic has accentuated a digital divide and technology companies should ensure that the benefits of going digital are also reaped by those, who for example, do not own a smartphone.
“You had a choice of going to school or learning online but now there is no choice. And if you do not have a device, you will not be able to attend classes,” he said in an interaction with Microsoft India president Anant Maheshwari.
“So, I think these are examples of digital divide and whenever we design population scale systems, we have to make sure everybody can participate.”
He referred to the Aadhar, providing 1.27 billion people a unique identity and the digital payments ecosystem in India which has been built in such a way that people with feature phones can also avail digital payments.
“For those people who have feature phones also they can use UPI on the feature phone. And those people who have no phones can use Aadhar, go to a business correspondent, open a bank account with an Aadhar and an e-KYC. And then they can receive money in that account and withdraw the money just using their Aadhar and using authentication. So whenever I design these systems, while on the one hand we want to make it universal by reducing the cost of telecommunication and cost of devices, we also have to design the application in a way that people who do not have device access can also participate.”
Microsoft’s Maheshwari said digital skilling is a step towards bridging the gap in the country.
As part of this, Microsoft has helped over 30 million people in 249 countries and territories gain access to digital skills, of which close to 3 million are from India.
Microsoft is also extending its commitment to help 250,000 companies globally make a skills-based hire in 2021.