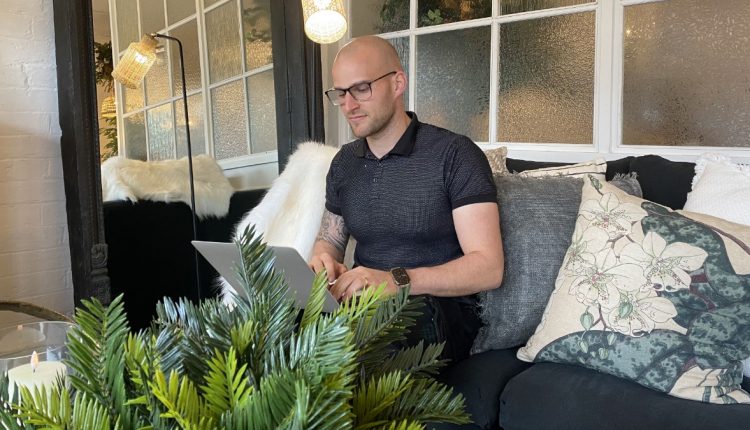 Paul Redding: How To Say No To Nine-To-Five Mentality

It is all too easy to fall into the trap of sticking to your daily nine-to-five job for the sake of an ephemeral and false sense of income security. The habit can become self-destructive, no matter how hard you try from nine to five. Many have tried and as many have failed. Paul Redding, a renowned Life Purpose Coach and entrepreneur, was no exception.

Starting his first job on the back of turbulent and, at times, scary childhood years, Paul believed that he could become successful if he tried hard. His mother was a nurse, and she used to work back-to-back shifts and a lot of overtime. His father had several jobs, and he would often work 18 hours a day with little or no rest in between just to feed his family. As a kid, Paul witnessed how hard his parents had to work to just get by. He decided to try even harder.

After a few attempts, Paul realized that more effort did not equate with better results or a better quality of life. It just meant more work and more stress. What’s more, it also meant complicated personal life and deteriorating health. At one point, he was on the verge of committing suicide.

Then there came a defining moment that changed his life. Having watched Tony Robbins, Bob Proctor, and Jim Rohn speak, Paul did some serious soul-searching. “What I discovered was that my mind had created all the circumstances I’d experienced throughout my life, and for things to change I’d have to change,” says Paul. Soon he concluded that in order to lead a life on his own terms, he would have to leave the life he had known. He’d need to face the unknown, bet on himself and transform his habits, thoughts and beliefs. Although terrified in the beginning, Paul had the courage of leaving his career behind, getting out of his comfort zone, and dedicating himself to a new purpose in his life.

Paul made a paradigmatic shift in his attitude to life and career, having understood that success can only be achieved through a combination of financial, psychological and physiological factors. “Thoughts really do become things, life has never been the same since I learned and understood the laws and principles that govern my mind,” says Paul. He did learn how his emotions impacted his actions and decisions, and he built a strong understanding of energy, his paradigm and the connection to his higher spiritual form, all of which helped him start seizing the opportunities life has to offer.

Paul’s life-changing experience has led him to become a successful, first-rate Life Purpose Coach and entrepreneur. He is a consummate professional in his own right who knows how to connect people to their higher potential and ignite their path to inner world mastery. He knows to lead clients to lasting change you must create lasting change for yourself first. He also knows how to create strong emotional bonds with his clients to deeply impact their lives for the better.

If you want to change your life, “work on yourself; the better you become, the better life becomes!” says Paul, “you literally can achieve anything….”

England vs NZ 2021 – Devon Conway, anatomy of another successful innings

Turkey vs Italy Euro 2020: Gianluigi Donnarumma, Burak Yilmaz And Other Key Players To Watch For