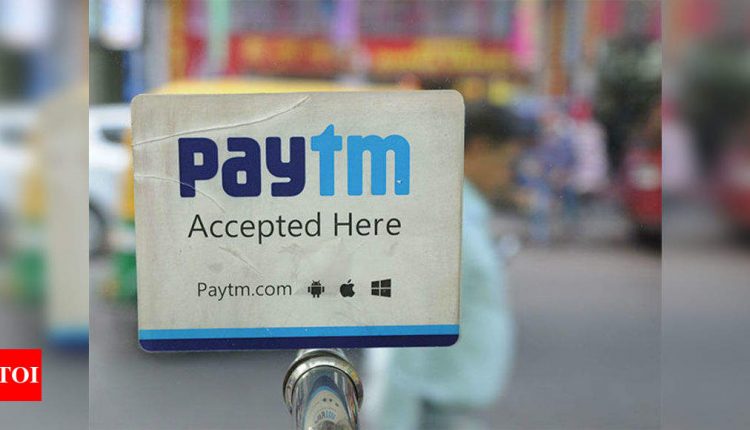 By admin On May 27, 2021
0
Share
NEW DELHI: Paytm, India’s leading digital payments provider, is aiming to raise about Rs 21,800 crore ($3 billion) in an initial public offering late this year, according to a person familiar with the deal, in what could be the country’s largest debut ever.
The startup, backed by investors including Berkshire Hathaway Inc, SoftBank Group Corp and Ant Group Co, plans to list in India around November and its offering could coincide with the Diwali festival season, said the person, asking not to be named because the details are private. Paytm, formally called One97 Communications Ltd, is targeting a valuation of around $25 billion to $30 billion.
The One97 board plans to meet this Friday to formally approve the IPO, said the person. Paytm declined to comment in response to emailed questions.
If successful, Paytm’s initial share sale would surpass Coal India Ltd’s offering, which raised more than Rs 15,000 crore in 2010 in the country’s largest IPO so far.
Banks shortlisted to run the Paytm offering include Morgan Stanley, Citigroup Inc and JPMorgan Chase & Co, with Morgan Stanley the leading contender, the person said. The process is expected to get rolling in late June or early July. The banks did not immediately respond to requests for comment.
The public market debut will include a mix of new and existing shares to meet regulatory obligations in India. The country’s regulations require that 10% of shares are floated within two years and 25% within five years.
Paytm, led by founder and chief executive officer Vijay Shekhar Sharma, has been focusing on ramping up revenue and monetizing its services over the past year. It’s expanded beyond digital payments into banking, credit cards, financial services, wealth management and digital wallets. It also supports India’s financial payments backbone, the Unified Payments Interface or UPI.
Paytm has fended off stiff competition from a swath of global players including Walmart Inc-owned PhonePe, Google Pay, Amazon Pay as well as Facebook Inc-owned WhatsApp Pay. It has the biggest market share of India’s merchant payments.
Paytm has over 20 million merchant partners and its users make 1.4 billion monthly transactions, according to numbers in a recent company blog post.
In a recent conversation, CEO Sharma said Paytm had its best ever quarter in the first three months of this year after pandemic-related spending spurred digital payments.
0
Share FacebookTwitterGoogle+ReddItWhatsAppPinterestEmail

Apple’s M1 and A14 Chips have an unfixable security flaw, but you need not worry too much about it