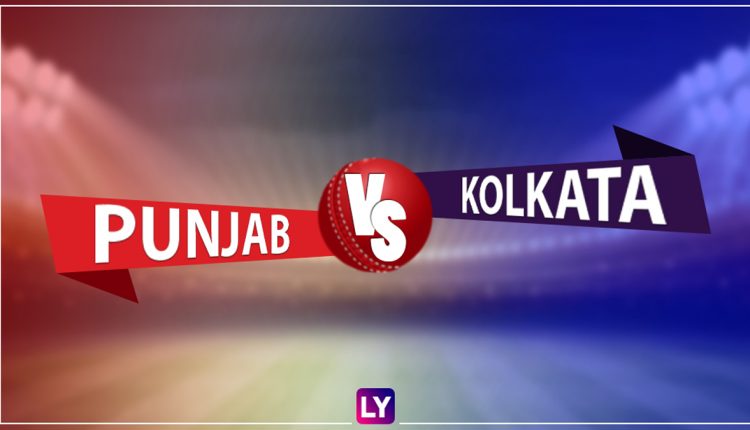 OUT! KL Rahul is out in trying to score some quick runs in the powerplay. Cummins bowls full and on stumps. Rahul goes for the big drive but fails to get the distance and is caught by Sunil Narina at mid-off. Rahul c Narine b Cummins 19(20)

Mayank Agarwal and KL Rahul have given Punjab Kings a good start. The pair have so far stitched runs in 3 overs. Agarwal is batting on 12 runs from 10 balls while KL Rahul has scored six runs. Pat Cummins and Shivam Mavi have kept the run scoring in check.

The news from the middle is Kolkata Knight Riders captain Eoin Morgan has won the toss and elected to bowl first.

Hello and welcome to our live coverage of the Punjab Kings vs Kolkata Knight Riders (PBKS vs KKR) match in IPL 2021. KKR will want end their run of four successive defeats while PBKS will hope to carry their momentum from the win against Mumbai Indians into this match. Stay tuned, as the toss report is coming your way soon.

PBKS vs KKR Live Score: Punjab Kings (PBKS) and Kolkata Knight Riders (KKR) meet in match 21 of IPL 2021. KL Rahul’s side will hope their campaign in  Indian Premier League season 14 turnaround after they beat Mumbai Indians by nine wickets in their previous game to end a three-match losing run. Kolkata Knight Riders have lost four on the trot after starting the season with a 10-run win over Sunrisers Hyderabad. They are searching for a win to turn around their season in IPL 2021, where they are placed at the bottom. Meanwhile, stay tuned for the live commentary and live scorecard updates of the PBKS vs KKR match. PBKS vs KKR, IPL 2021 Live Cricket Streaming: Watch Free Telecast of Punjab Kings vs Kolkata Knight Riders on Star Sports and Disney+Hotstar Online.

Kolkata Knight Riders beat SRH in their season opener but have since suffered defeats against Mumbai Indians, Royal Challengers Bangalore, Chennai Super Kings and Rajasthan Royals. Eoin Morgan needs to find the right intent and order in his team’s batting. KKR could only post 133 against Rajasthan Royals and need to resettle their batting order. Their bowlers have also struggled to pick wickets at regular intervals. PBKS vs KKR Preview: Likely Playing XIs, Key Battles, Head to Head and Other Things You Need To Know About VIVO IPL 2021 Match 21.

Kajal Pisal Urges People Those Who’ve Recovered From COVID-19 To Donate Plasma, Says ‘This Will Bring Light in Many People Lives’