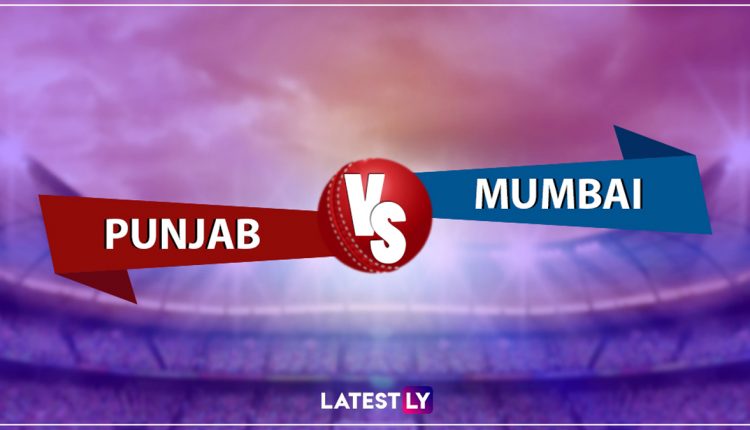 PBKS Win By Nine Wickets! KL Rahul and Chris Gayle have done it for Punjab Kings. Second win for PBKS this season. Mumbai Indians spinners created some drama in the end overs but Rahul and Gayle played some big shots in the 16th and 17th over to make sure MI doesn’t make a comeback. With this PBKS advance to the fifth place in the team standings while MI remained at the fourth position.

Some drama here in the end overs as Mumbai Indians are not going to let this go easily. Two tight overs from Jayant Yadav and Krunal Pandya but Punjab Kings are yet to lose their second wicket and if they continue to bat sensibly, this should be in their bag. The equation reduces to Punjab needing a run-a-ball 24 with nine wickets in the bank.

The scoring rate has gone in the past few overs and is even below six at the moment but PBKS don’t need to worry as they have as many as nine wickets in the kitty. On the other hand, the Men in Blue and Gold need two or three quick scalps to come back in the hunt. Punjab need 62 from 48 deliveries.

OUT! Finally! MI get the first breakthrough and its the dangerous Mayank Agarwal who has to go back. Rahul Chahar gets the crucial wicket as Agarwal fails to connect a big hit and Suryaumar Yadav accepted a good catch at long-on. First warrior down for PBKS. Mayank c Suryakumar Yadav b Rahul Chahar 25(20)

Excellent start this from Mayank Agarwal and KL Rahul! Both batsmen have been watchful while they have also send the odd deliveries for boundaries. The scoring rate is eight now and Mumbai Indians need wickets to come back in the hunt.

Brilliant start from Punjab Kings as they collected 15 runs from the second over. After Trent Boult gave just one run from the first over, Rohit Sharma threw the ball to Krunal Pandya. The move, however, wasn’t spot-on as PBKS openers KL Rahul and Mayank Agarwal took the left-arm spinner to cleaners.

The players are back in the middle as the action resumes. Chasing 132, KL Rahul and Mayank Agarwal have started the innings for Punjab Kings while Trent Boult will start the proceedings with the ball.

Mohammed Shami and Ravi Bishnoi picked two wickets each while the other bowled also bowled tight and kept the runs in check to help restrict Mumbai Indians to 131/6 after opting to field first. Rohit Sharma, who scored 66, was the top-scorer for the champions.

OUT! Hardik Pandya goes back for a four-ball 1 run. Pandya fails to read the slow ball and finds Deepak Hooda at long-off. Hardik Pandya c Hooda b Arshdeep Singh 1(4)

PBKS vs MI Live Score: Down with three successive defeats, Punjab Kings need to win to keep their hopes of making the IPL 2021 playoffs alive when they meet defending champions Mumbai Indians in their next match. KL Rahul-captained PBKS started their season with a nervous four-run win over Rajasthan Royals before defeats against CSK, DC and SRH have left them at the penultimate position in the IPL 2021 points table. They play the champions who were beaten by Delhi Capitals in their previous match, ending Mumbai’s run of two successive wins. Both teams will be desperate for a win but the necessity will be bigger for Punjab Kings, who are finding themselves slipping away. PBKS vs MI Preview: Likely Playing XIs, Key Battles, Head to Head and Other Things You Need To Know About VIVO IPL 2021 Match 17.

Against Rajasthan Royals, Punjab Kings defended 221 but have since suffered huge batting collapses in two of their next three games and fallen down a slope. They did make 198 against Delhi Capitals but were beaten in 18.2 overs with DC chasing down the total quite comfortably. Against Chennai Super Kings and Sunrisers Hyderabad, they posted paltry totals after a batting meltdown and lost both games. PBKS vs MI, IPL 2021 Live Cricket Streaming: Watch Free Telecast of Punjab Kings vs Mumbai Indians on Star Sports and Disney+Hotstar Online.

Mumbai Indians started their season with a loss to Royal Challengers Bangalore in the tournament opener but quickly bounced back with consecutive victories over Sunrisers Hyderabad and Kolkata Knight Riders. But they were beaten by Delhi Capitals in their previous match. Mumbai Indians’ power-packed batting have been a massive disappointment so far in the tournament and the highest total they have managed to post in 159 against RCB, which they lost.

Campaigning Ends for the Seventh Phase of Poll