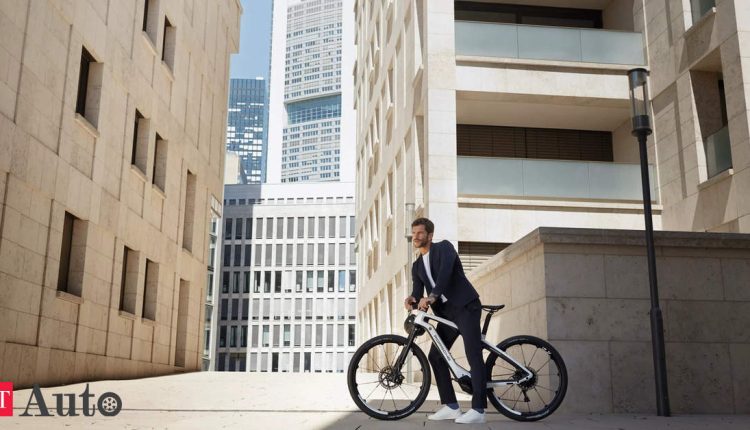 German automobile manufacturer Porsche on Monday said that it wants to increase its activities in the eBike segment. To this end, two joint ventures founded by Porsche and the Dutch company Ponooc Investment B.V. begin business today.

As a result, Porsche eBike Performance GmbH, based in Ottobrunn near Munich, will develop electric drive systems for two-wheelers. These include motors, batteries and the necessary software architecture for connectivity solutions. Stuttgart-based P2 eBike GmbH – powered by Porsche intends to use these drive systems to launch a new generation of Porsche eBikes from the middle of this decade.

In this venture, Jan Becker, the former CEO of Porsche Lifestyle GmbH & Co. KG, takes over as chairman of the management of Porsche eBike Performance GmbH. His counterpart at P2 eBike GmbH will be Moritz Failenschmid, who is also the Managing Director at Focus Bikes.

In addition to compact drive systems from Fazua, Porsche eBike Performance GmbH will develop and produce particularly powerful eBike drive systems under the Porsche brand name. Both product categories will be distributed to eBike manufacturers worldwide in the future, with the newly founded joint venture acting as a technology partner. The electric drive systems will be used in Porsche eBikes as well as in the products of other brands.

In recent months, Porsche has also acquired stakes in several companies in the eBike segment. In addition to the Croatian eBike brand Greyp, these include Fazua. In June, Porsche increased its stake in the company from 20-100%. Based in Munich, Fazua is known among experts as the founder of ‘light’ eBikes. It will now be merged into Porsche eBike Performance GmbH.

Independent of the joint venture activities, Porsche is continuing to work with its long-standing partner, Rotwild, on its current eBike models. In March 2021, the company launched its interpretation of exclusive electric bikes with the Porsche eBike Sport and the Porsche eBike Cross.

In addition, Porsche Digital GmbH offers a platform for digital services relating to cycling under the Cyklær brand.

Volkswagen shares rose 2.4% on Thursday following the second quarter results, as the German carmaker said it was confident output would increase in the second half.