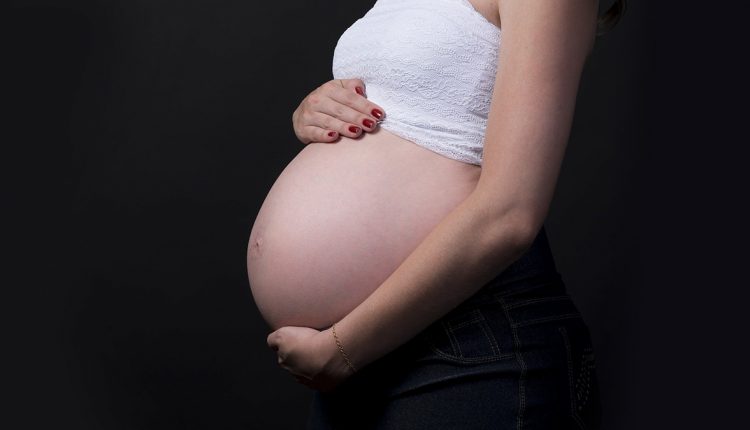 New York, April 23: Women, who contracted Covid-19 during their pregnancy were 20 times more likely to die than those who did not contract the virus, according to a worldwide study of 2,100 women.

The study, led by researchers from the Universities of Washington and Oxford, involved pregnant women from 43 maternity hospitals in 18 low-, middle- and high-income nations. In the study conducted between April and August of 2020, each woman affected by Covid-19 was compared with two uninfected pregnant women who gave birth during the same span in the same hospital.

The findings, published in the journal JAMA Pediatrics, showed that besides increased risk of death, women and their newborns were also more likely to experience preterm birth, preeclampsia and admission to the ICU and/or intubation. Of the mothers who tested positive for the disease, 11.5 per cent of their babies also tested positive, the study found. Pfizer, Moderna COVID-19 Vaccines Do Not Appear To Pose Serious Risk During Pregnancy, Says Study.

Women whose Covid-19 was asymptomatic or mild were not found to be at increased risk for ICU care, preterm birth or preeclampsia. Pregnant women who were obese or had hypertension or diabetes were at the greatest risk for severe disease, the researchers said.

“The No. 1 takeaway from the research is that pregnant women are no more likely to get Covid-19, but if they get it, they are more likely to become very ill and more likely to require ICU care, ventilation, or experience preterm birth and preeclampsia,” said one of the lead authors Michael Gravett, Professor of obstetrics and gynecology at the UW’s School of Medicine.

In another study, published in the journal Med, a team of scientists found that while evidence of the virus in the placenta is rare, the placenta in infected mothers tended to exhibit a much higher level of immune system activity than those of non-infected pregnant women. Flushing Public Toilets Propels COVID-19 Virus 5 Feet Up in Air: Researchers.

“The good news is the placenta is mounting a robust defense against an infection that is far distant, in lungs or nasal tissue,” said Shelli Farhadian, Assistant Professor at Yale University in the US.

“On the other hand, the high level of immune system activity might be leading to other deleterious effects on the pregnancy,” Farhadian added.

(The above story first appeared on Scoop Buddy on Apr 23, 2021 03:40 PM IST. For more news and updates on politics, world, sports, entertainment and lifestyle, log on to our website scoopbuddy.com).

The Falcon and the Winter Soldier Ending (and Mid-Credit Scene) Explained: From Sam Wilson to John Walker, Decoding the Final Fates of the Main Characters (SPOILER ALERT)