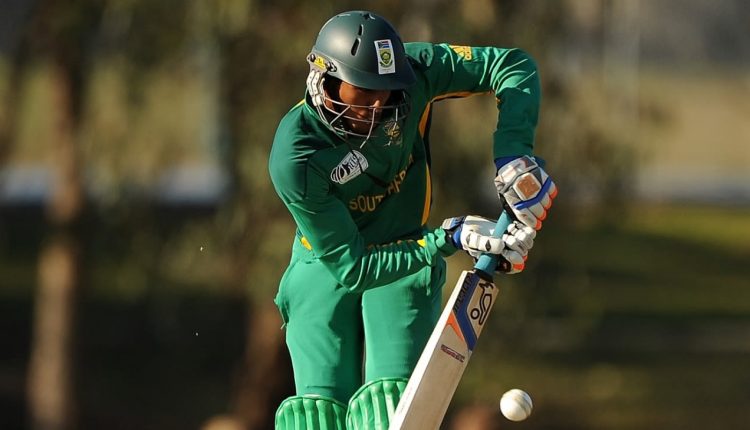 Uncapped offspinning-allrounder Prenelan Subrayen and fast bowler Lizaad Williams, who recently made his T20I debut, have received maiden call-ups to the South Africa Test squad for the two-match series against West Indies in St Lucia in June. Kyle Verreynne, Keegan Petersen, Sarel Erwee and Marco Jansen are the other uncapped picks in the line-up of 19, to be led by Dean Elgar for the first time.

The white-ball squads, now led by Temba Bavuma, for the fixtures against West Indies and Ireland has also been announced, and included few surprises, with Sisanda Magala and Williams, who were blooded in the recent series against Pakistan, retained. A total of 19 players will travel for the series of five T20Is in the Caribbean, and Keshav Maharaj will join the squad for the games in Ireland afterwards.

Subrayen, 27, finished third in the wicket-takers’ list at the 2020-21 CSA Franchise 4-Day Cup with 19 strikes in four matches at an average of 18.89, and best returns of 6 for 24. That helped him get into a spin-bowling pack that also includes Maharaj, Tabraiz Shamsi and George Linde as frontline spinners.

“The Caribbean [South Africa are travelling there for a bilateral tour in 11 years] is well-known for its low and slow wickets and we have ensured that we have chosen the personnel needed for every eventuality on this very important excursion,” explained CSA convenor of selectors Victor Mpitsang in a press statement. “While there aren’t any (World Test Championship) points to play for, it is still of vital importance for South Africa to produce winning results through a steadily growing and high-performing cricket pipeline.

While the tour of West Indies runs from June 10 to July 3 – two Test matches to start with, followed by five T20Is – the series of three ODIs and three T20Is in Ireland begin on July 11 and end on July 25.

“The historic tour to Ireland is crucial for points towards our qualification for the 2023 Cricket World Cup and preparation for the T20 World Cup later this year,” Mpitsang added. “This is the start of our road to these trophies and every tour will see us field our absolute best sides.

“The team has been in a rebuilding phase for a while now but we are satisfied that the return on investment is going to show itself sooner rather than later. We have to trust the process that has been put in place and support our team while they find themselves and their way. These are truly exciting times in South African cricket, with an exciting new leadership group that is determined to return the team back to its winning ways.”