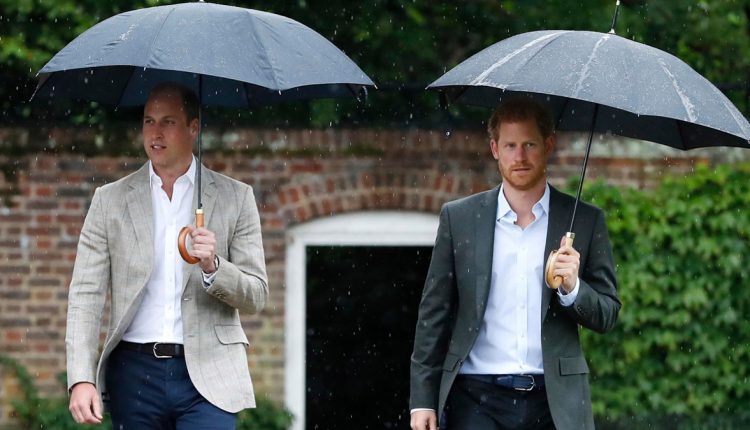 Prince William, Prince Harry Won’t Walk Next to Each Other at Prince Philip’s Funeral, The Buckingham Palace Confirms

Prince William and Prince Harry will not walk together at their grandfather Prince Philip’s funeral on Saturday, according to the details provided by The Buckingham Palace. According to People magazine, Prince Philip’s funeral will be held at St. George’s Chapel in Windsor Castle. Ahead of the funeral, the palace has released details including the attendees and procession order. William and Harry will both join family members in walking behind their grandfather’s coffin, but their cousin, Peter Phillips (the son of Princess Anne), is set to walk between them. Prince Harry Arrives in UK Ahead of Prince Philip’s Funeral on April 17.

For the second procession into the chapel, Prince William will walk with Peter. Behind them will be Prince Harry and David Armstrong-Jones, the son of Princess Margaret and Antony Armstrong-Jones. As per People magazine, a Buckingham Palace spokesman said, the procession order was “a practical change rather than sending a signal.This is a funeral and we are not going to be drawn into perceptions of drama. The arrangements have been agreed and represent Her Majesty’s wishes.” Once inside the chapel, per COVID-19 guidelines, attendees will be wearing masks and seated six feet apart. Prince Harry and Royal Family Set to Reunite for Prince Philip’s Funeral.

Harry returned to the U.K. from California for the first time in over a year to attend his grandfather’s funeral. Meghan – who is expecting their second child, a baby girl – did not accompany her husband. She “has been advised by her physician not to travel,” a royal spokesman said. In the wake of Meghan and Harry’s interview with Oprah Winfrey last month, there are ongoing tensions within the family. Due to the COVID-19 pandemic, the Duke of Edinburgh will be laid to rest at St. George’s Chapel in Windsor Castle on Saturday surrounded only by close family members and friends.

“Ironically, it is probably how he would have liked,” former palace spokeswoman Ailsa Anderson tells PEOPLE in this week’s issue. “No fuss, no bother. Right through his life, he never knew what all the fuss was about.” As reported by People magazine, all four of Prince Philip and Queen Elizabeth’s children – Prince Charles, Princess Anne, Prince Andrew and Prince Edward – will be in attendance, along with Charles’s wife Camilla, Duchess of Cornwall, Anne’s husband Timothy Laurence and Edward’s wife Sophie, Countess of Wessex. Philip’s eight grandchildren will also attend the funeral. Prince William’s wife Kate, Zara Tindall’s husband Mike, Princess Eugenie’s husband Jack Brooksbank and Princess Beatrice’s husband Edoardo Mapelli Mozzi will join their spouses. Other attendees include Prince Philip’s close staff members and family members.