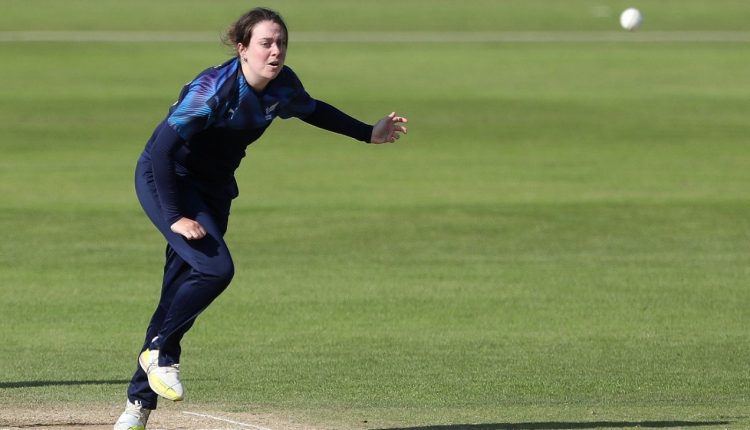 For many women, this cricket season has been a long time coming but Katie Levick, the Northern Diamonds legspinner, found herself in a race against time to be ready for the first match of the 2021 Rachael Heyhoe Flint Trophy.

Levick is battling suspected long Covid, having been struck down for a month with coronavirus last October. Despite not being one of the Diamonds’ five contracted players for 2021, she credits being part of a professional cricket team with detecting a “dangerous” heart rate while exercising that is believed to be an after-effect of the illness.

“We’re on a long, long road back to fitness,” Levick told ESPNcricinfo. “We found a few issues with my heart and things like that.

“Luckily I’m in the set-up really because it’s allowed me to have access to medical cover and get all these tests to make sure that I’m fine. I’ve got a medical support team we’ve never had before and that really helped me get back to full fitness.”

Levick returned to training with the Diamonds at the end of March, having also suffered with extreme fatigue, another symptom of long Covid.

“I’ve really struggled with that,” she said. “I have to pretty much sleep after every training session but it is getting better.

“The fact that we caught any of it is because I’ve been given access to heart monitors and stuff when I came back, whereas if I was an amateur last year, before this set-up came into place, we probably wouldn’t have noticed any of the changes in my heart rate, or the extreme fatigue would probably have been put down to just life stresses, that sort of thing.

“It’s not been ideal but we’re definitely at the other end now and keen to get back on the pitch.”

Earlier this month, Levick played her first match since falling ill, taking a wicket as the Diamonds faced the England Academy in a warm-up fixture, and she said she had been working towards being ready for the season opener against Central Sparks at Headingley on Saturday.

Levick had a taste of what the new women’s domestic cricket structure would be like last year when she played in the inaugural Rachael Heyhoe Flint Trophy, taking 11 wickets from seven matches at 22.18.

That followed a period of huge uncertainty when the Hundred was postponed and it looked like there might be no domestic women’s cricket played in England last summer. During that time, Levick became an advocate for women like herself who had been about to earn an income from playing the game they love only to have it taken away.

She took to Twitter to tell “those celebrating the cancellation of the Hundred this year” that they were celebrating unemployment for “many women who don’t have the opportunity for professionalism otherwise”. She told ESPNcricinfo at the time: “You wouldn’t cheer if an ASDA shut down and people lost their jobs, so this is no different essentially.”

As it turned out, the ECB managed to hastily convene the RHF Trophy with such success it has been continued as the premier women’s domestic 50-over competition. Levick was retained by both the Diamonds and her Hundred side, Northern Superchargers, with the new hundred-ball tournament due to start in July.

But this season was preceded by another period of uncertainty. While she believes postponing the Hundred was “obviously the absolute right decision” amid the pandemic, Levick wondered if her chance had passed her by.

“This year I’m going to be 30 and so you’re the other end of the spectrum for players in your squad and you think, ‘will they want to keep me on?’,” she said. “Whilst we were playing the Heyhoe Flint we all got confirmation that if you want to be retained it was your choice.

“I think that was such a great power move to put it on to the players for once and to give us the power. Often we feel quite like the cattle being moved around … that was a really great move from the ECB.

“It was just such a weight off your mind. It was very early reassurance that, ‘phew, next year looks a lot better, I’ve got something to work towards now and something to look forward to’.”

But first, there is the Rachael Heyhoe Flint Trophy, where the Diamonds are intent on going one better after losing last year’s final to Southern Vipers.

Levick was the pick of the Diamonds bowlers in the final with 3 for 49 from eight overs but a half-century to Georgia Adams, the Vipers captain and the competition’s leading run-scorer, laid a foundation for victory which was sealed by a stunning haul of 6 for 34 from little-known offspinner Charlotte Taylor.

“It feels like it’s been quite a long time coming,” Levick said. “Picking up our tournament at the end of May is not something we’re necessarily used to in cricket, so we’re just very ready and eager at this stage to get back out there and try and bring some silverware back to the north.”

Valkerie Baynes is a general editor at ESPNcricinfo

Call of Duty: Mobile Season 4 Spurned & Burned update: All you need to know