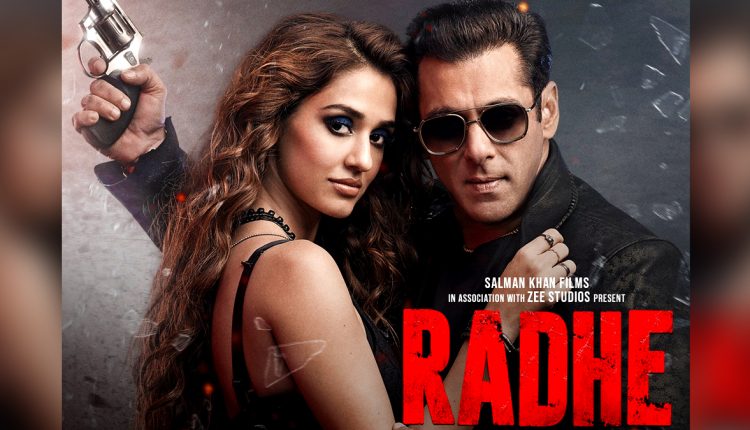 Salman Khan’s Eid 2021 release Radhe may have missed its big screen date with most of India, but the film is doing brisk business in parts of the overseas market, particularly the Gulf territory, since its release on Thursday. Radhe collected around $6,00,000 on Friday, its second day of release, after taking home around $6,75,000 abroad on Thursday. This takes the cumulative two-day collection of the film to around $12,75,000, reports boxofficeindia.com. Radhe Full Movie in HD Leaked on TamilRockers & Telegram Channels for Free Download and Watch Online; Salman Khan – Disha Patani’s Film Is the Latest Victim of Piracy?

In the Gulf market, where the film has done its best theatrical business, the film collected $4,75,000 on Thursday and around $4,00,000 on Friday. The post-Eid weekend is expected to take the film’s collection past $1 million in the Gulf market, the website added. In the Gulf territory, the film has released across UAE, Qatar, Saudi Arabia, Kuwait, Oman and Bahrain. Radhe Movie Review: Salman Khan and Disha Patani’s Tone-Deaf Remake of The Outlaws Is Terribly Dated! (Scoop Buddy Exclusive).

Radhe is an action drama where Salman co-stars with Disha Patani, Randeep Hooda and Jackie Shroff. The film is directed by Prabhudeva. This is Salman’s third film with Prabhudeva after Wanted (2009) and Dabangg 3 (2019). Radhe is based on the 2017 Korean action thriller The Outlaws.

(The above story first appeared on Scoop Buddy on May 15, 2021 09:39 PM IST. For more news and updates on politics, world, sports, entertainment and lifestyle, log on to our website scoopbuddy.com).