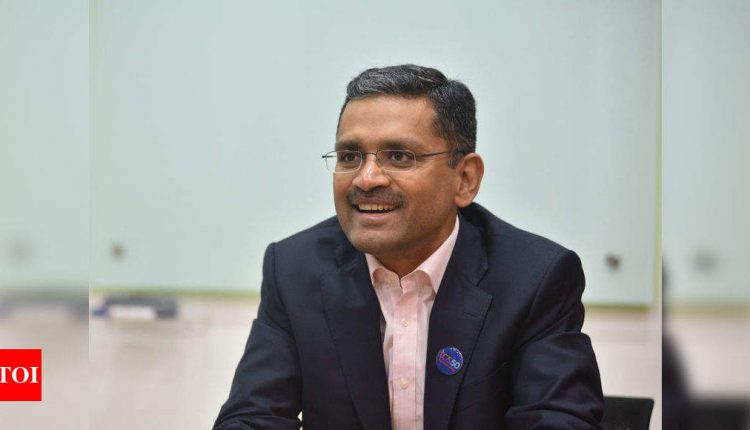 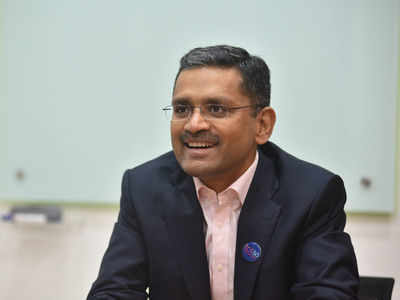 BENGALURU: TCS chief executive Rajesh Gopinathan’s annual salary rose by 54% to more than Rs 20 crore in the last fiscal, compared to the year before, according to the company’s annual report. But much of that was because of a sharp increase in commissions, which is a percentage of profits.
That total compensation includes Rs 1.27 crore in base salary (down from Rs 1.3 crore in the year before), Rs 2 crore in benefits and perks (up from Rs 1.3 crore), and Rs 17 crore in commissions (up from Rs 10 crore). Gopinathan, who is into his fifth year as CEO, earned Rs 13.3 crore for FY20. The ratio of Gopinathan’s salary to the median salary of employees was 326.8:1, compared to 214.6:1 in the year before. COO N G Subramaniam’s salary went up by 60% to Rs 16 crore.
TCS, which has about 4,88,650 people as of March 31, said it provided an annual increment of 5.2% to its employees in India. Employees outside India received a 2-6% wage increase. In the report, Gopinathan described last year as a “difficult year for everybody” though it has kickstarted a digital transformation. “Migration to the cloud, by itself, is a material transformation programme that will play out over the next 2-3 years, depending on the complexity of the IT landscape,” he said.
Tata Sons chairman N Chandrasekaran said that enterprise adoption of new technologies tends to be measured, and it is only much later, with the benefit of hindsight, that the scale of change and the key inflection points become more evident.

Kendall Jenner Bikini Looks: 5 Hottest Bikini Pictures of The Style Icon That Will Give You Instant Beach Vacay Goals