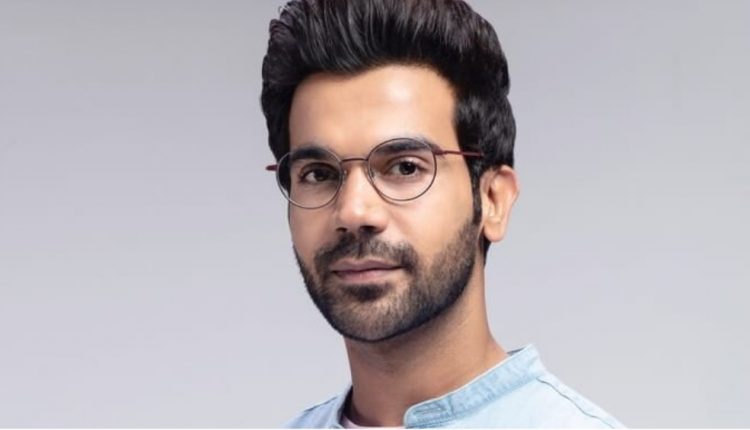 Rajkummar Rao has been tagged one of India’s best actors. He has been feted with the National Award and has essayed characters that have redefined the Bollywood hero. The actor shares the kind films he wants in his filmography. In his 11-year Bollywood journey so far, Rajkummar has featured in many slice-of-life features including Kai Po Che!, Shahid, Aligarh, CityLights, Bareilly Ki Barfi, Newton, Stree and The White Tiger. Omerta Movie Review: Rajkummar Rao’s Chilling Performance Makes This Hansal Mehta Film, Streaming on Zee5, a Disturbing Watch.

He says the pressure of Fridays doesn’t make him feel insecure. “I feel very secure. I don’t take the pressures of Fridays. I believe that there are some films that are for life — some are meant for life and some for both box office as well as life, such as Stree,” the actor points out. “I just want to do good films. That’s the only way I want my filmography to be (made up of) films I can be proud of when I turn back after 50 years and say these are films, I have done and they are all special,” he says. Janhvi Kapoor and Rajkummar Rao’s Roohi Released in Theatres; 5 Other Popular Bollywood Horror-Comedies and Where To Watch Them Online!

The 36-year-old actor was recently seen in the horror comedy Roohi. He has Badhaai Do and Hum Do Humare Do coming up. He says he wants every year to have some great films where he can play wonderful characters.

(The above story first appeared on Scoop Buddy on May 15, 2021 10:31 PM IST. For more news and updates on politics, world, sports, entertainment and lifestyle, log on to our website scoopbuddy.com).

Miss Universe 2020 Date, Time & Schedule: How to Watch the 69th Edition of the Competition in India, Australia, the US & UK; Everything You Need to Know