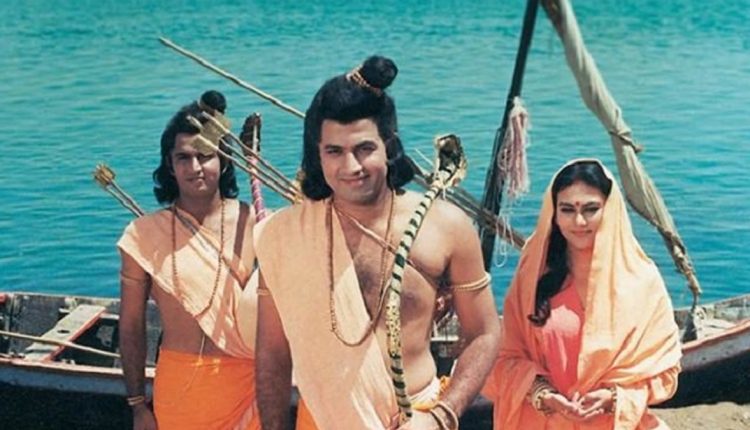 The late Ramanand Sagar’s blockbuster mythological show “Ramayan” is back on television. The serial had gained immense popularity upon release on Doordarshan in 1987, and the national broadcaster had re-telecast the show during last year’s lockdown. Upon being aired again in 2020, the show once again broke several records of viewership. Arvind Trivedi’s Death Hoax: Sunil Lahri Quashes Rumours of Ramayan Actor’s Demise.

The cast members of “Ramayan” have become pan-India celebrities over the decades. Arun Govil as Ram, Deepika Chikhalia as Sita, Sunil Lahri as Laxman, Arvind Trivedi as Raavan and Dara Singh as Hanuman are particularly recalled for their performances even today. Ram Navami Special: Keanu Reeves As Lord Ram, Salman Khan As Hanuman, Shilpa Shetty As Sita Devi – Yes, Such a Casting Almost Happened for a Ramayana-Based Movie!

This time, “Ramayan” is being be aired on Colors channel, starting Thursday.

(The above story first appeared on Scoop Buddy on May 06, 2021 06:49 PM IST. For more news and updates on politics, world, sports, entertainment and lifestyle, log on to our website scoopbuddy.com).