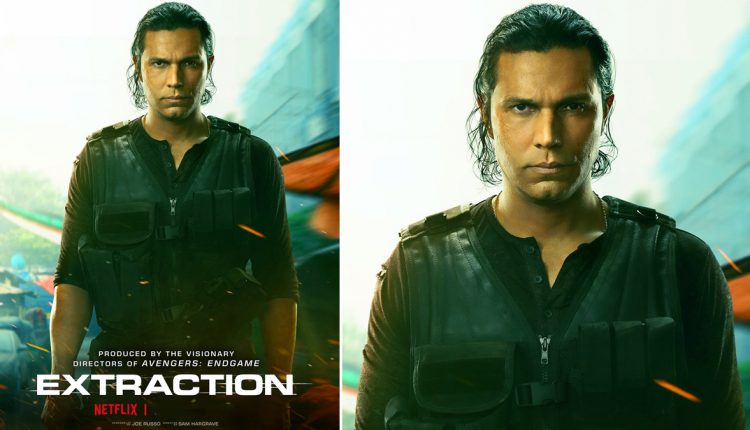 Randeep Hooda Talks About Bollywood’s Dull Reaction to His Film Extraction, Says ‘Maybe They Didn’t Like My Acting’

Randeep Hooda has been a part of many hit films and last year the actor also made his Hollywood debut with Extraction. The actor was seen essaying the role of Saju Rav, a former Para (Special Forces) Major in the film which also starred Chris Hemsworth. Randeep’s work was appreciated worldwide and his fans went gaga over his acting chops in the film. Chris’ peers also appreciated the film a lot, but a very dull reaction was received from Bollywood. Randeep Hooda Gets Nostalgic As ‘Extraction’ Completes One Year.

Opening up about the same, Randeep told Pinkvilla that the reason behind this could be the fact that his fellow Bollywood associates did not like his acting in Extraction. He said, “Well I’m quite used to it. It does happen time and again, well that’s okay. Maybe they didn’t like my acting, liked my action maybe, that’s why they didn’t speak up. But yeah there is a lot of hoopla that happens you know amongst people within the industry which did not happen for this. But, hey maybe as I said before maybe you didn’t like my acting.”

He went on to talk about how the film was always planned for an OTT release and added, ” “It was going to release on OTT, because on a big screen this movie will have another kind of spectacle. So there was a plan to release it on a very brief scale in the cinemas, but it was always going to reach people through OTT. So this was a no-brainer.”

He went on to talk about the massive amount of love he received from the audience and how nice it felt. “It was as if you know I went to the Olympics, with India against Australia and America may be, and we did well. So that was the kind of response that I got from the audience. And the action of course is mind-blowing, so that was something new for me. It opened up my global audience, whether it’s the media there or the audience.

On the back of this movie, it released in the pandemic ground last year at this time and still all over again we are sitting at home. So it might not be a bad idea to watch it again, I might,” said the actor. The film completed one year of its release on April 24.  Randeep Hooda Replaces Extraction Co-Star Chris Hemsworth as Thor in This Quirky Video.

Extraction is directed by Sam Hargrave (in his feature directorial debut) and written by Joe Russo, based on the graphic novel Ciudad by Ande Parks, Joe Russo, Anthony Russo, Fernando Leon Gonzalez, and Eric Skillman.

(The above story first appeared on Scoop Buddy on Apr 27, 2021 07:43 PM IST. For more news and updates on politics, world, sports, entertainment and lifestyle, log on to our website scoopbuddy.com).