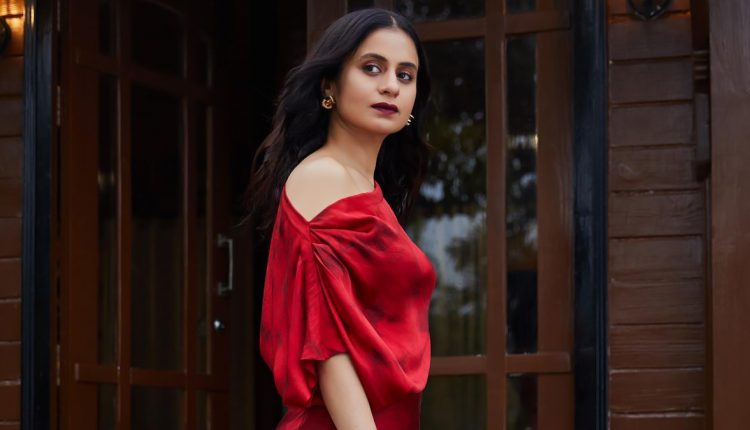 Actress Rasika Duggal said she tries to avoid focusing on what people expect of her while bringing alive a role. She feels what matters is being invested in one’s work. “I try to not focus on delivering as per what people expect from me. I always believe that if you are invested enough in your work, the audience will be invested enough in your story. The idea is to keep myself invested and interested in the story,” Rasika teold IANS. Out Of Love Season 2 Trailer: Purabh Kohli And Rasika Dugal’s Revenge Gets Brutal And Vindictive (Watch Video).

She will soon reprise her role of Dr Meera in the second season of web series “Out Of Love”. Earlier, she returned in the second season of “Mirzapur”, and soon she will be seen in season two of “Delhi Crime”. About her return on “Out Of Love”, she said: “I find season two is very fascinating. It’s a very different experience.” The actress does accept there is a certain sense of comfort when it comes to working in a known set-up. Rasika Dugal Asks Fans to ‘Hang In There’ in This Tough Time of COVID-19 Lockdown.

“It’s comfortable in terms of shooting because you already have the sense of your team — if the team is the same, the framework. For example, the ‘Mirzapur’ team was largely the same, so I already knew my way around it. I knew the things which were working and ones which were not. Once all of that is dealt with, you can focus on your work rather than worrying about all those things.”.

But would comfort factor be the same if a show went on, for several seasons? “I don’t know how I would feel if the show went on for many, many seasons. I presume there would be a point where you would get a little tired but I haven’t had that experience yet, so I can’t say, ” shared Rasika.

(The above story first appeared on Scoop Buddy on Apr 24, 2021 09:31 PM IST. For more news and updates on politics, world, sports, entertainment and lifestyle, log on to our website scoopbuddy.com).

10 Style Lessons You Can Take From Ananya Panday’s Instagram Feed To Amp Up Your Summer Fashion!