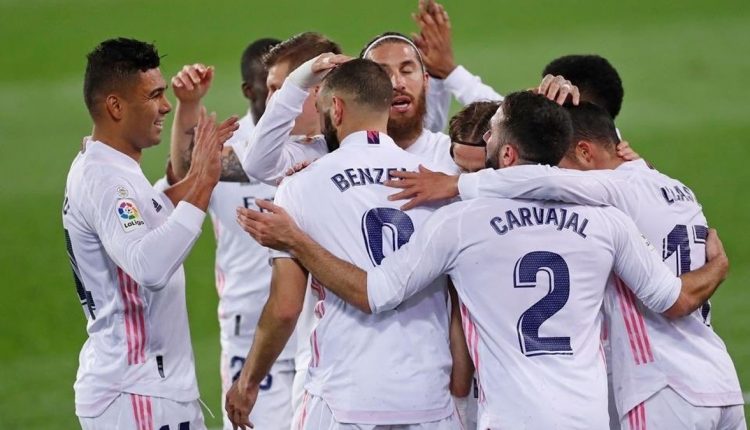 With the controversial European Super League scrapped, the UEFA Champions League returns with a crucial semi-final fixture. Chelsea will take on Real Madrid in the first leg of the knock-out clash at the Estadio Alfredo Di Stefano Stadium on Wednesday Mid-Night (April 28). Real Madrid have been in phenomenal form lately and will take the field as tad favourites. They haven’t lost a game since the last couple of months, and breaking their streaking won’t be easy for Chelsea. On the other hand, the Blues are coming off a 1-0 win against West Ham but now face a much more potent challenge in the Spanish giants. Meanwhile, fans can scroll down to get the live streaming, live telecast and other RM vs CHE match details. RM vs CHE Dream11 Prediction in UEFA Champions League 2020–21: Tips To Pick Best Fantasy XI for Real Madrid vs Chelsea Football Match.

Speaking of the head-to-head record, Real Madrid and Chelsea have only ever met thrice in the UEFA competitions. The Premier League holds the advantage in those fixtures, having won two games and the other match ending in a draw. However, the tables are expected to turn around in this game, with Zinedine Zidane’s men being in phenomenal form. Hence, the Blues need to buckle up to upset the defending La Liga champions. As the game takes a countdown, let’s look at the streaming and further information. Toni Kroos Back into 22-Member Squad Announced by Real Madrid For UCL 2021 Semi-Final Game Against Chelsea, Check Predicted Starting Line-ups for RM vs CHE.

Real Madrid vs Chelsea match in the first leg of the UEFA Champions League 2020-21 semi-final will be played at the Alfredo di Stefano Stadium in Madrid. The match will be held on April 28 (Tuesday midnight) and it is scheduled to begin at 12:30 am IST (Indian Standard Time).

Fans in India looking for how to watch the Real Madrid vs Chelsea UEFA Champions League 2020-21 semi-final first leg can follow the live action on Sony Ten 2 and Sony Ten 2 HD channels on television. The free live streaming online of RM vs CHE match will be available on the SonyLiv app as well as on the website.

(The above story first appeared on Scoop Buddy on Apr 27, 2021 07:48 PM IST. For more news and updates on politics, world, sports, entertainment and lifestyle, log on to our website scoopbuddy.com).

Achena Uttam: Saswata Chatterjee Opens Up About Playing the Role of Legendary Uttam Kumar, Says ‘It Is an Extremely Challenging Task’