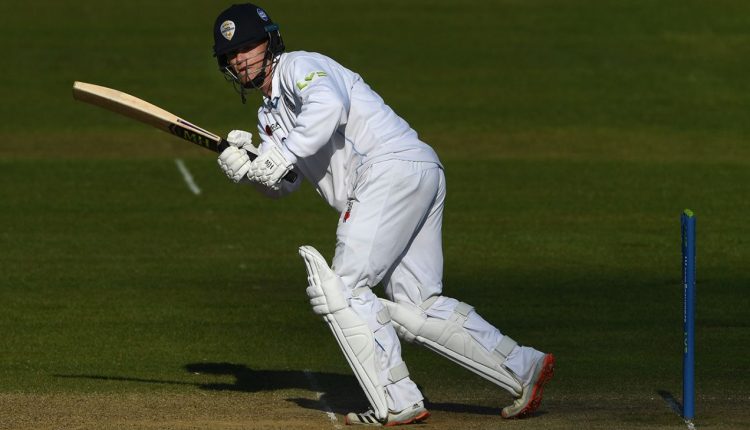 Derbyshire 48 for 0 vs Durham

Derbyshire’s openers denied Durham’s bowlers on a rain-shortened opening day of the LV=Insurance County Championship match at Derby. Billy Godleman and Brooke Guest negotiated 17 overs in difficult conditions to reach 48 without loss before play was called off at 4.30pm.

England fast bowler Mark Wood was unlucky not to take a wicket in his seven overs after Durham won the toss but the weather made it a test for players and umpires.

On a day borrowed from winter, Durham’s bowlers had to contend with a buffeting wind that forced Wood to abort his run-up in his brief opening spell from the Racecourse End. The conditions were a challenge for everyone, not least the hundred or so Derbyshire members who braved the unseasonable weather on the first day spectators were allowed back to the Incora County Ground.

For Godleman and Guest, who moved up to open in the absence of Luis Reece, it was a question of resisting Durham’s pace attack under slate grey skies with the floodlights on from the start although it was not just about survival for the openers.

Godleman moved into one-day mode several times, advancing down the pitch to smack Ben Raines down the ground while Rushworth was dispatched through the covers. Rushworth was close to having Godleman caught behind before rain forced the players off after 35 minutes and although the match resumed after an early lunch, bad light and more rain had the last word.

There was bad news for Derbyshire who announced Australian fast bowler Billy Stanlake will not play again this season because of a back injury. The 26-year-old made his debut in the defeat against Essex at Chelmsford last week but a scan has revealed a stress fracture.

Surviving Entrepreneurship in the Time of the Coronavirus (By Gregory Grishayev)