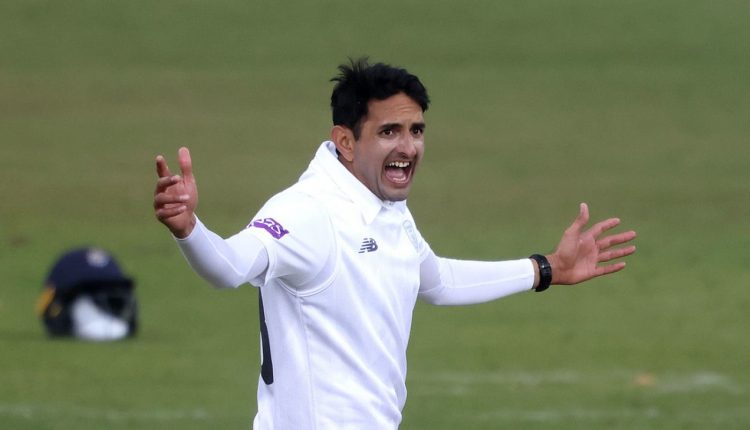 The seamers of Warwickshire and Hampshire made hay as 20 wickets fell on an extraordinary opening day of their LV=Insurance County Championship game at Edgbaston.

After the start was delayed by an hour while the ECB decided it was safe for the match to be played in light of a positive Covid test in the Hampshire camp, the bowlers soon prospered. Hampshire, put in, were all out for 89 before lunch, losing their last nine wickets for 45 runs as Will Rhodes took 5 for 23, Liam Norwell 2 for 13 and Craig Miles 2 for 25.

Hampshire reached 41 without loss – 14 in front – in their second innings at the close of a day which warranted a visit not from a pitch inspector but a batting inspector. The track offered seamers some help, but nothing like as much suggested by the wicketfest. Both sides were guilty of shots of an aggression ill-suited to the match situation.

After Warwickshire chose to bowl and Miles trapped Joe Weatherley lbw in the fifth over, Ian Holland and Tom Alsop took Hampshire to 44 for 1 before the innings imploded.

Rhodes was the catalyst with wickets in his first three overs. An away-cutter found Alsop’s edge through to wicketkeeper Michael Burgess before Nick Gubbins and Liam Dawson slashed cuts to point.

Chemar Holder took his first wicket for the Bears when Holland edged to slip before Felix Organ edged to third slip where Chris Benjamin parried the ball to Rob Yates at first. After Norwell added wickets with successive balls, James Vince’s counter-attack ended when he skied Rhodes to fine leg where Norwell judged a steepling catch brilliantly.

Barker then soon inflicted damage on his former team-mates, removing Yates lbw and Benjamin, caught at second slip. Abbas had Dom Sibley and Rhodes caught in the cordon from successive balls, and when Matt Lamb nicked Barker, it was 26 for 5.

Hain dug in but only Burgess, in a stand of 61 in 21 overs, offered much support before Abbas and Barker muscled through the lower order.

Curiously after the double clatter, Weatherley and Holland then survived 11 overs with few alarms to take their side in front.