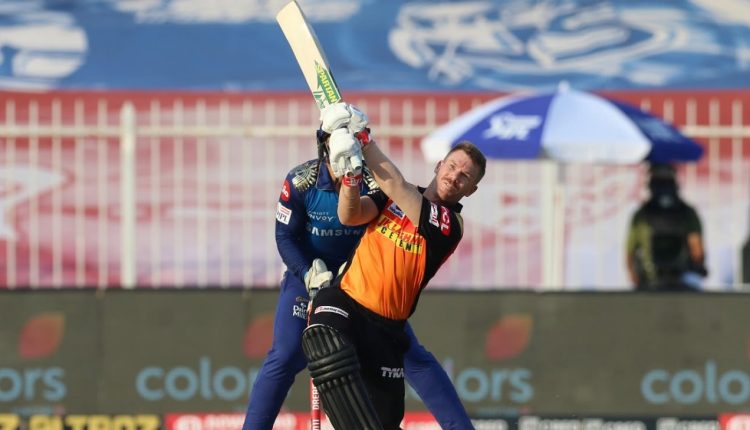 Taking inspiration from two successive successful defences of middling totals at Chepauk, Mumbai Indians became the first team in this IPL to choose to bat and defend successfully. Their 150 for 5 landed in the middle of the 152 and 149 defended in the two previous matches, but Jonny Bairstow, opening this time, threatened to run away with the game taking three of the powerplay overs for 52 runs. However, the crafty Mumbai Indians bowling rallied around Jasprit Bumrah, who went without a boundary in his four overs for the fourth time in the history of the IPL.

Rahul Chahar broke the back of the Sunrisers Hyderabad with three wickets in the middle overs, and then Trent Boult came back to wipe off any resistance, with a little help from Bumrah again. For the Sunrisers, it was another case of Warner-Bairstow or bust, and not for the first time since the start of the last IPL. Bairstow left the scene with 84 to get in 82 balls, which became 61 off 51 balls when Warner ran himself out, a fourth captain getting run out taking a quick single this IPL.

Vijay Shankar, who had taken two wickets but dropped Kieron Pollard in the 19th over before Pollard caused the damage, kept the Sunrisers alive with 28 off 25 but Bumrah and Boult were too good in the end on a slow pitch.

Powerplay tussle
On this pitch, you do all your scoring in the powerplay, but also be mindful you don’t lose too many wickets trying to do so. With Quinton de Kock struggling for his touch, Rohit Sharma took on the onus of scoring, scoring 31 off 23 in the powerplay. At 53 for 0, however, no side could claim the honours.

Shankar, Rashid squeeze on
As soon as the field spread, the game changed completely. Shankar used the slowness in the surface to have Rohit caught at deep midwicket, and did the catching himself for the dangerous-looking Suryakumar Yadav. The Sunrisers didn’t mind that Rashid Khan enjoys a great match-up against Pollard and Hardik Pandya. They used him from overs eight through 12 for just 17 runs. When Mujeeb Ur Rahman came on to replace Khan, he removed de Kock, caught at deep midwicket for a 39-ball 40. Mumbai 98 for 3 in 14 overs.

Sidharth Monga is an assistant editor at ESPNcricinfo