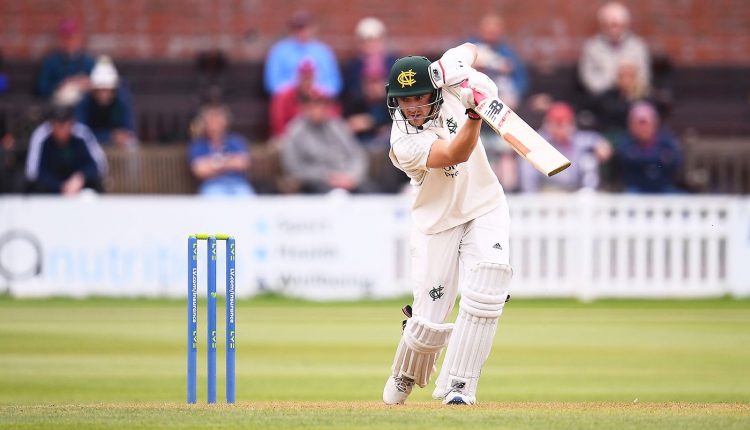 When he opened Nottingham’s Arboretum in 1852, the city’s mayor, William Felkin, decided to get his front leg out of the way and clear the rope. “All society around them can mix together in harmony, good feeling, self-respect and respect to others,” said the wealthy lace manufacturer about the trees, some of which had been imported from the Empire’s outposts. No doubt the 30,000 folk in the crowd applauded warmly although within a decade it was clear that respect stretched no further than the Channel. The Arboretum’s Chinese tower commemorates the capture of a bell from Canton during the Opium Wars and is flanked by two cannon seized at Sebastopol during the Crimean contretemps.

If any descendants of that very grand opening were present at Trent Bridge on this first Sunday in September they will have left the ground tonight with equal reason for satisfaction. The high summer of Victorian England is now the concern of revisionist historians but our cricket this warm afternoon in early autumn will require no reassessment. Most judgements will probably say that having been asked to bat on a misleadingly green pitch Nottinghamshire’s top-order enjoyed themselves, no one more so than the loanee Sam Northeast, who was one of three half-centurions.
But having reached the ball before tea abundantly placed on 211 for 3, the home side lost five wickets in seven overs, three of them in ten balls to Danny Lamb, one of Lancashire’s players of the season. Nottinghamshire were then dismissed for 272 with both Lamb and his fellow trench warrior, Tom Bailey, taking four wickets. That might not have been an outcome for which Dane Vilas would have settled when he invited Steven Mullaney to bat at 10.30am but he would have welcomed it when first Ben Duckett and latterly Joe Clarke were rattling out the fours in the first two sessions.
But Clarke was the first of Lamb’s victims in that rather dramatic post-tea session and the Nottinghamshire batter has now made seven half-centuries in this year’s County Championship without ever making more than 67 in any innings. For a batter of his talent that is surely an inadequate return but what will concern Lamb and his colleagues is the loss of Alex Davies, caught behind off Brett Hutton for nought, and Luke Wells, snapped up at short leg off Hutton just before the close; and what will have bothered Lancashire even more was the sight of Saqib Mahmood leaving the field and holding his side just after tea. Given the present casualty rate among England’s fast bowlers Mahmood’s injury will also be a concern to the national selectors but everyone must wait to know the precise state of the injury until the bowler has been properly assessed overnight. (Rather clearer is the situation regarding Liam Livingstone, who was not selected for this game because he was unwell following his second Covid-19 vaccination.)

As it happened, Mahmood was having one of his less impressive days. Rather than stick to a steady line and length to allow his pace to earn its rewards on a wicket offering bounce and carry, he had bowled either too full or too wide. Both Duckett and Northeast had tucked in, the opener pulling and clipping Mahmood to the rope in the eighth over before the ex-Kent batter milked him for six of the nine fours in his fifty. This is Northeast’s third county this season and his fourth in all, albeit he barely stayed long enough with Yorkshire to open a building society account. But having fallen out with Hampshire – absolutely ‘non-speakers’ at the moment apparently – he finds himself an itinerant bat for hire and Nottinghamshire, ever eager to bolster their resources, have signed him up. One saw the wisdom of that decision during Northeast’s innings. Haseeb Hameed will be with England until the final round of games and Nottinghamshire have had one or two collapses in them this season.

So much was made clear before and after tea this afternoon. Lyndon James had stroked five pleasing fours in his 21 runs before a ball of full length from Bailey gave him the chance to notch a sixth, only for his cover drive to go straight and low to Josh Bohannon. As James departed regretting another lost opportunity, the scones and cream arrived at Trent Bridge. No reports were received on the state of play at Grantchester but it had become that sort of afternoon.

And the relatively conventional pattern of the day did not lessen our enjoyment in the least. Across the country batters were coming and going like hapless game show contestants – 102 in the eight County Championship matches by the end of play – but at Trent Bridge Luke Fletcher’s 27 ensured Nottinghamshire reached a competitive score and we surely have three more days of this stuff ahead of us.

For those of us who watched two Bob Willis Trophy games here last August, when cricket was played against the background a white unpeopled vastness this day was rich beyond easy words. That ripe Nottinghamshire accent was heard again on the packed middle deck of the Radcliffe Road stand, the ball ran off the face of the bat and the fields towards Eastwood stretched away as perhaps they did in DH Lawrence’s day. At least, it was easy to think so.

Paul Edwards is a freelance cricket writer. He has written for the Times, ESPNcricinfo, Wisden, Southport Visiter and other publications