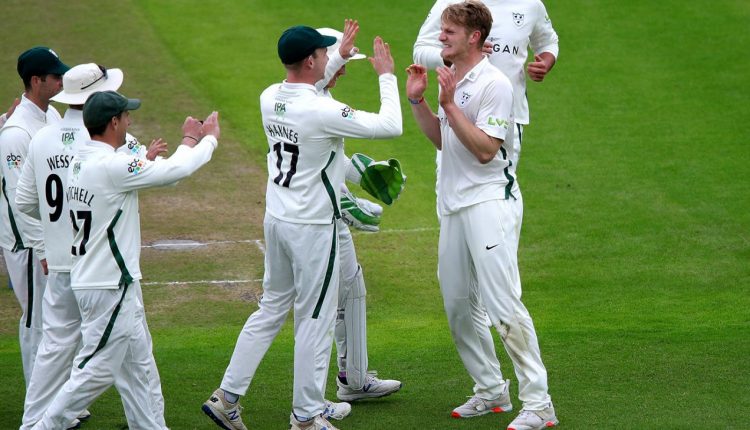 Nottinghamshire 51 for 3 as rain restricts play to 15.5 overs at Trent Bridge

Spectators returned to Trent Bridge for the first time in 608 days but witnessed only 15.5 overs of cricket on a fragmented opening day of the LV=Insurance County Championship match with Worcestershire as Nottinghamshire closed on 51 for 3.

Dillon Pennington, returning to the Pears line-up after being rested from the trip to Durham last week, took 2 for 12 from his 11.5 overs, Alzarri Joseph picking up the other wicket to fall after Worcestershire won the toss and chose to make the home side bat first on the pitch used when Nottinghamshire beat Essex here two weeks ago.

Joe Clarke was out for a second-ball duck against his former team-mates, while Haseeb Hameed, who made hundreds in both innings when these sides met at New Road last month, fell for 24.

There were more than 1,000 people at the historic venue when play started on time but only a few hardy souls stuck it out until play was called off soon after 6.15pm after a thoroughly inhospitable day.

Each wicket that fell was promptly followed by a stoppage. Pennington dismissed Ben Slater, who had matched Hameed’s 114 not out in the second innings as Nottinghamshire emerged with a draw at New Road, when he switched to round the wicket to the left-hander, who had pulled him for six in his previous over.

Slater nicked to wicketkeeper Ben Cox and was immediately joined by the rest of the players in hurrying back to the pavilion as the first spell of rain arrived.

The remaining action was contained in three brief passages, of 11 minutes, nine minutes and five minutes, yet the shorter two of those each brought a wicket.

Hameed had picked up four boundaries after a positive start but Joseph surprised him with a ball that climbed off a length and glanced the shoulder of the bat, Cox taking the catch.

The players were off again after one more delivery, returning next for long enough for Pennington to produce the best ball of his spell, squaring up Clarke and finding enough late movement to take the edge, Cox pouching his third catch as the 22-year-old seamer doubled his wickets tally for the season.

Play was due to resume for a fourth time at 6.15 after a two-and-a-half hour stoppage only for umpires Alex Wharf and Billy Taylor to discover a damp patch on the pitch, which they deemed unsafe.

How Adversity Is the Fuel for Success Explains James Neilson-Watt, A Leading Health Professional and Entrepreneur

Electric Vehicle battery makers are getting their hands on everything, Auto News,…