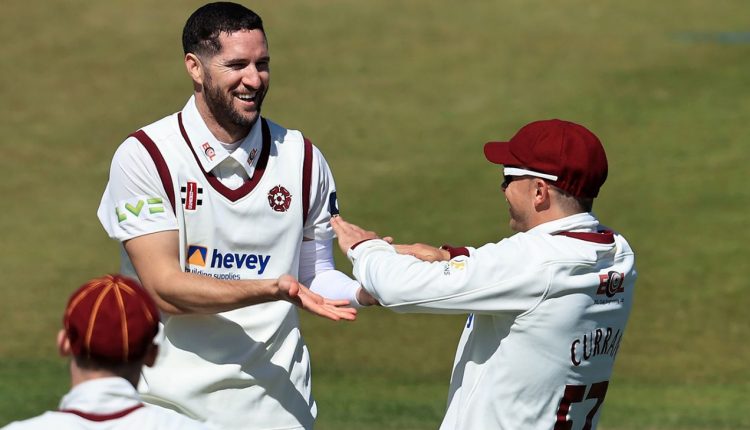 In the week that Citizen Kane was said to have been ousted by Paddington 2 as the best film of all time, it was fitting to reflect that some people think Headingley has gone the same way. Overbearing and malevolent for much of its history, it is now held to be sweet-natured and adorable, spreading joy and marmalade wherever it goes.

Well, just as reports that Paddington 2 was now Rotten Tomatoes’ No 1 film proved on further examination to be a little dubious, so the suggestion that Headingley is always awash with kindness was entirely lost on Yorkshire as they were brusquely turfed out for 206 by a Northamptonshire attack relishing their first Championship visit since 2014.

Not that conditions were all that challenging. Leaden skies, and a couple of rain stoppages encouraged the decision to insert Yorkshire, but there was a good balance between bat and ball, leaving Headingley nicely placed between egomaniac newspaper baron and tiresomely cute bear.

Yorkshire lie second to Lancashire in Group 3 and they are understandably regarded as one of the favourites for the Championship, but their top six remains flaky and they did not acquit themselves particularly well. Northants were then blessed by a sunnier evening as Ricardo Vasconcelos and Ben Curran scooted to 36 without loss in 11 overs to set up an enticing second day.

If the weather remains crabby, Yorkshire are probably not too far off the pace, but it is interesting to note that the batsman to make the most serious attempt to meet the challenge was Dom Bess, their newest acquisition, born in Exeter, schooled at Blundells, developed at Somerset. Yorkshire are having to import mental toughness these days – Dawid Malan, away at the IPL, being another example – and Bess’ 56 from 95 balls, compiled over more than two-and-a-half hours, was impressive in its responsibility.

This was Bess’ first half-century of the season – and only the seventh of his first-class career – but it was perhaps the strongest indication yet that Yorkshire’s commitment to batting him at No. 7 can bear fruit. The hope will be that he can balance up the side in the way that the departed Tim Bresnan did, restoring order and common sense.

Compact and judicious, he did just that. He was fortunate, on 29, that an edge against Tom Taylor reached the slips on the half-volley – had that been taken Yorkshire would have been even more in the mire at 80 for 6 – but he put away the bad ball, defended with soft hands, and his dismissal only came when he sensed he was running out of partners, as he pulled Gareth Berg to midwicket to become the ninth batsman to fall.

Berg, 40 now, is in danger of becoming an unsung version of Kent’s Darren Stevens, county cricket’s symbol of longevity. He also provides order – to Northants’ bowling – and he finished with commendable figures of 3 for 32 in 13 overs, also striking Tom Kohler-Cadmore’s off-stump and having Will Fraine lbw.

Kohler-Cadmore has talent in abundance, but it is doubtful that there have been few looser opening batsmen in Yorkshire’s history. One wonders what Louis Hall, a Methodist lay preacher and tee-totaller, who carried his bat through an innings 15 times, 14 for Yorkshire, would have made of him. There again, even in the late 19th century, Hall was regarded as the odd one out in Lord Hawke’s side of “10 drunks and a parson” so maybe he would have just clutched his bible and thought: “Bloody hell, we’ve got another one”.

Kohler-Cadmore was a picture of vulnerability, crashing along at nearly a run a ball in defiance of the fact that he has yet to make a half-century this season. He still hasn’t, although he did get to 42, with an uncomfortable number flying to third man off a thick edge. Perhaps two rain interruptions on either side of lunch did for him.

Fraine was standing in for Joe Root, who was rested (non-stop cricket asks a lot of England’s players so nobody should chide) and even a double century in the 2s is no help when you are replacing the England captain. He was Kohler-Cadmore’s opposite, made 11 in 66 balls, and was dropped at second slip on 1 by Rob Keogh, who had been juggling handwarmers, but who failed to juggle the catch.

The race to 1,000 runs by the end of May is well and truly on this year, with so many Championship rounds scheduled in this period, and a preponderance of flatter surfaces, so Graeme Hick’s status as the last batsman to manage it in 1988 must be under threat. Adam Lyth is one of the early leaders, along with Durham’s David Bedingham; Lyth lasted one ball, unfortunate to be bowled by Ben Sanderson as he essayed a perfectly sensible leave-alone only for the ball to change direction after flicking his back pad.

There were also five wickets for Wayne Parnell, which is an afterthought partly because he mopped up the tail, but he did make important inroads during a morning period when Yorkshire lost four wickets for 14 in 37 balls. He was all over the place, but he is an attacking bowler who makes things happen.

Gary Ballance was an important scalp, caught at first slip by Curran after Keogh had knocked the ball up, one-handed, at second. Harry Brook registered a second-ball duck, notable for a big trigger movement where he set himself firmly back and across a full six paces before Parnell delivered. You didn’t have to be a qualified coach to wonder whether, for a left-arm inswinger as talented as Parnell, it was a bit of a gimme.