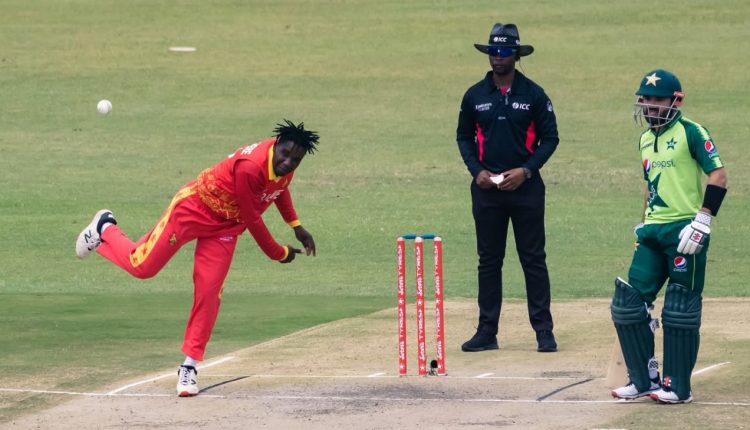 Pakistan choose to bowl vs Zimbabwe

Zimbabwe will have to chase in an attempt to stay alive in the three-match T20I series against Pakistan after Babar Azam chose to bowl with a debutant seamer. Twenty-year old Arshad Iqbal will play his first international, having replaced Mohammad Nawaz as Pakistan opted for a pace-heavy attack. Usman Qadir and Mohammad Hafeez will share the spin duties.

Pakistan also made one change to their batting line-up, leaving Haidar Ali out to give Asif Ali another opportunity to firm up a middle-order that has not produced as consistently as they would have liked them to on this tour of southern Africa.

Zimbabwe have had to alter their line-up too. Captain Sean Williams sat out this match as Brendan Taylor, who has returned from an illness, replaced him as captain. Williams was forced to miss the match as he recuperates from a soft tissue injury to his left hand, with Zimbabwe’s medical unit opting for the safer option of resting him, keeping in mind the two Tests that follow the T20Is.

Taylor also returns to the top of the order with Wesley Madhevere to bat at No.4. The other change is in the middle order which will be without Craig Ervine, who took Zimbabwe close to victory in the first match, but has been ruled out of the series with a calf strain. Thus, Tarisai Musakanda will bat at No.5.