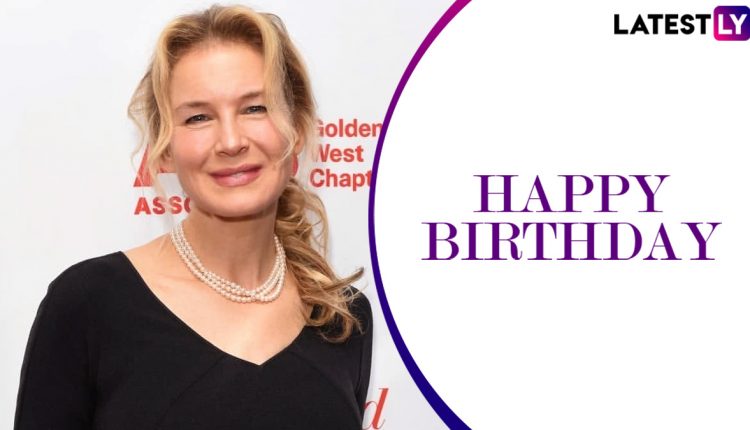 Renee Zellweger Birthday: A List of Academy Awards That She Won And Was Nominated For In Her Career So Far

The much talented Renée Zellweger celebrates her birthday on April 25. While we have always adored her as Bridget Jones, we also loved her as Judy Garland, the character that won her an Oscar. Renee is among the highest-paid actresses in Hollywood and for rightful reasons. While she has received several nominations throughout her prolific career, she has managed to lift the trophy a couple of times. As the actress gets ready to celebrate her big day, we take a look at her Academy nominations and how many trophies she has won so far. Renée Zellweger Birthday Special: While the World Believes in Being Trendy, She Prefers Weaving Magic with her Classic Style Statements.

Renee in her Hollywood career has managed to bag four Oscar nominations and has won two of them in different categories. She first won her Oscar in 2004 for Cold Mountain. She played the character of Ruby Thewes who slowly becomes Ada’s closest friend and ally and teaches her to how to live her life. While they have distinctly different personalities, the same is probably the reason that works in cementing their friendship. Renee was brilliant as Ruby and rightly deserved her Oscar win. Renee Zellweger Birthday: From Judy to Bridget Jones’ Diary – 5 Best Films Of the American Actress That Prove Her Talent Is Unmatched.

Besides these two wins, Renne was also nominated in the Best Actress category for her roles in Bridget Jones’s Diary and Chicago in the year 2002 and 2003 respectively though she couldn’t win it at that time. Her first big win eventually came in 2004 for Cold Mountain.

(The above story first appeared on Scoop Buddy on Apr 25, 2021 09:30 AM IST. For more news and updates on politics, world, sports, entertainment and lifestyle, log on to our website scoopbuddy.com).