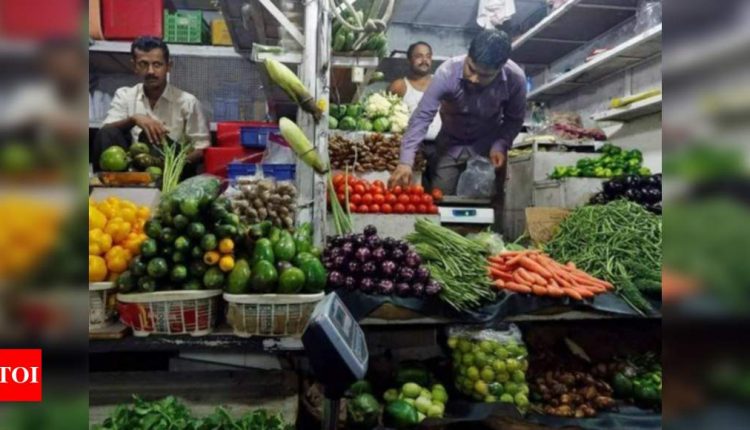 By admin On Jun 14, 2021
0
Share
NEW DELHI: Retail inflation jumped to a six-month high in May on the back of pricey food and fuel, while wholesale inflation during the month hit a fresh high of 12.9%, signalling the strengthening of price pressures in an economy battling to get growth back against the backdrop of a second Covid-19 surge.
Data released by the National Statistical Office (NSO) on Monday showed inflation as measured by the consumer price index rose to 6.3% in May, higher than the 4.2% recorded in April. The food price index was at 5%, above April’s 2%. Rural inflation continued to remain high at 6.5% while urban was at 6%. Retail inflation has breached the upper band of the Reserve Bank of India’s inflation target after remaining within the range for five months’ in a row. Core inflation, which is minus food and fuel, has shot up to a seven-year high.

Oils and fats soared by 30.8% during May while eggs rose an annual 15.2%. Edible oil prices have been rising due to a host of factors, including global price increase, and has emerged as a concern for several households.
The fuel and light component rose to a shade over 9-year high in May due to an increase in global prices and imposition of higher taxes at home. This has also led to higher transportation costs which economists said has also fed into higher prices in other segments.
Some of the price increase has also been attributed to the supply restrictions due to the localised lockdowns.
Separate data released earlier in the day by the department for Promotion of Industry and Internal Trade on Monday showed inflation, as measured by the wholesale price index, accelerated to an annual 12.9% in May, higher than the 10.5% in April and above the 3% deflation in May 2020. This was largely driven by higher fuel and power prices, which shot up to their highest level in the 2011-12 series and a low base effect as well as increase in global commodity prices.
Prices of vegetables eased in May, but onion prices shot up 23.2%. Economists said the increase in onion prices could be due to logistical issues and higher demand. Inflation in the fuel and power segment soared to 37.6% and this could inch higher as due to high global crude oil prices and rebound in economic activity as the economy unlocks after the second wave cools down.
“High CPI inflation will be a concern for RBI as it is higher than their estimate of 5%. Though the states policy is that growth is more important which means that repo rate will not be touched, it will be a nagging issue nevertheless especially if inflation remains in this region. We expect it to be around 5.5-6% in next couple of months,” said Madan Sabnavis, chief economist at Care Ratings.
“The higher WPI inflation can be attributed to low base effect as well as rise in global commodity prices. This will persist during the year. Therefore, we will be dealing with an economy where inflation is high and growth is getting moderated during the lockdown, which is not a very comfortable position to be in,” said Sabnavis.

Fastest Dodge ever would be an EV, will take on Tesla Model S Plaid: Report